Gaelic And Cultural Development In The Region Is Progressing Well

The by-election for a councillor to represent Inverness Central - Ward 14 on The Highland Council has been won by Emma Roddick - Scottish National Party (SNP) who was one of six candidates who contested the vacancy.   Voting was by the single transferable vote and Emma Roddick emerged as the winner at the third stage of the count.
[Local Authority]
15/11/2019

Daviot Primary School is delighted to share that their children are pioneering virtual reality (VR) learning in Highland to help raise engagement and increase attainment for all pupils.   The school recently acquired "ClassVR"; a simple to use virtual reality user interface made for education.
[Local Authority]
13/11/2019

Over £2.3 million pounds of investment is set to benefit town centres across the Highlands with 30 transformational projects about to get underway to stimulate economic investment and to help towns diversify and flourish.   The Town Centre capital grant fund from the Scottish Government is targeted to encourage town and city centres to diversify and flourish, giving new purpose and creating footfall.
[Local Authority]
7/11/2019

Transport group chair calls for immediate research on viability of publicly operated Highland bus services.   SNP Ness-side councillor Ron MacWilliam has written to members of the Highland Council Redesign board to urge them to consider options for publicly run bus services in the Highlands.
[Local Authority]
2/11/2019

Following the close of the Community Council Nominations on Tuesday, 29 October 2019, 20 community councils received more nominations than their maximum membership.  After the withdrawal period where candidates had the opportunity to withdraw their nomination, The Highland Council has confirmed that 16 Community Councils will be contested.
[Local Authority]
2/11/2019

Highland Council's Placement Services Change Programme (PSCP) is helping make a real difference for the region’s most vulnerable young people.   The Placements Team in Children’s Services has developed a creative, courageous and dedicated programme to work with multi-disciplinary professionals to identify children out with Highland whose needs can be met back in the local area.
[Local Authority]
1/11/2019

BT are proposing to remove 110 payphones across The Highland Council area.   Under Ofcom guidelines, the Local Authorities are responsible for co-ordinating consultation responses on behalf of their local community for any proposed removal of public payphones.
[Local Authority]
31/10/2019

Feedback from Highland Council's annual citizen's panel survey has highlighted the welcoming nature of people living in our communities.   This was just one of many findings included in the latest Citizens' Panel 2019 Performance and Attitude Survey which was considered at the Council meeting on 31 October 2019.
[Local Authority]
31/10/2019

Following the recent call for candidates wishing to serve on Highland Community Councils to come forward a total of 120 Councils attracted sufficient interest to allow them to form from 12 noon on Friday 1 November.   20 Community Councils received more nominations than their maximum membership, and elections will take place for these Community Councils using a postal ballot.
[Local Authority]
29/10/2019

Highland Council saves £400,000 And 377 Tonnes Of CO2 In First 12 Months With Enterprise.   The Highland Council has reduced its annual business mileage by more than 825,000 miles and made cost savings in excess of £400,000 in the first 12 months since introducing Enterprise Car Club, part of global vehicle rental group, Enterprise Holdings.
[Local Authority]
28/10/2019 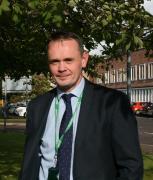 The Housing (Scotland) Act 2001 requires social landlords to consult tenants and take account of their views when making decisions about proposed rent increases.   The Highland Council Tenant Participation team are starting a month long trip around Highland communities talking to tenants about what their rent money is spent on and consulting on the rent they will pay in 2020 / 2021.
[Local Authority]
24/10/2019

Council and HITRANS call for balance in road provision

The Highland Council and HITRANS are speaking out against the call from walking and cycling organisations to cease all new road building in Scotland.   Cycling Scotland, Cycling UK, Forth Environment Link, Living Streets, Paths for All, Ramblers Scotland, Sustrans Scotland and Transform Scotland issued the call as part of a joint response to the National Transport Strategy.
[Local Authority]
24/10/2019

Highland Council's Trading Standards Team is urging consumers to check whether their tumble dryer is covered by a nation-wide product recall.   Safety concerns affect a wide range of models and the manufacturer is offering a brand new machine at no cost to replace the problem items.