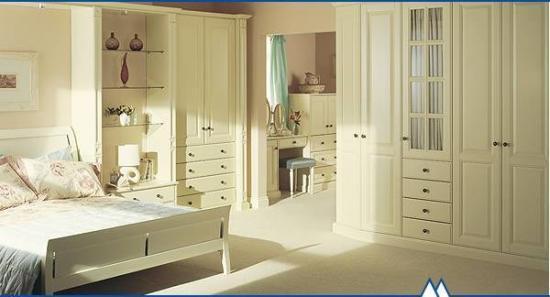 Britain is a nation of hoarders. The average person accumulates more than a TON of unwanted stuff - crammed in attics, wardrobes and under beds, according to new research.

People hang on to the strangest things - clothes that don't fit, old school uniforms, bird cages long after the bird has died and footie boots that will never again see a penalty
spot.

As a nation it seems we hate to throw anything away. Men are just as bad as women for keeping things - though for different reasons.

Men hold on to old clothes because they just don't like throwing them away - women are more likely to believe they will be able to slim back into them.

People have even been forced OUT of their bedrooms by rubbish they cannot bear to ditch, according to research by the furniture-maker Hammonds.

Ninety five per cent of people polled in their survey - equal to 43 million adults - admitted they had items which they no longer used cluttering up their homes.

A quarter of the population - an astonishing 11 million people - said they had even been forced to stop using a room because of the amount of things being stored there.

"But it can be a real problem if it means rooms become cluttered and untidy or cannot be used at all.

"We realised it was a major issue and we now have a range of furniture which includes concealed storage."

In Caithness Ashley Ann Interiors can proivide storage solutions for Kitchens and Bedrooms.

Some of the bulkiest items revealed in the survey of 1,750 people were those left over when a home project was abandoned.

They including chairs and sofas waiting to be re-covered, sewing and knitting projects, blinds and curtains that had never been hung and even an unfinished Doll's House.

More than half of women who held on to clothes they didn't wear admitted it was in the hope that one day they would fit them again. One in six said they believed they would come back into fashion.

The attic was the space most-commonly used to store goods but was closely followed - in 45 per cent of cases - by a bedroom.

People admitted piling up items in wardrobes, under beds and in boxes stacked on top of each other or hidden behind chairs and dressing tables.

Only one person in five claimed they were happy to throw things away though women scored slightly higher than men.

The remaining 80 per cent of people said they were reluctant, sad or even hated to do it.

Top 10 Items We Hate to Throw Away

A Caithness company is planning to invest more than £2m in its Wick plant, in a move that could see up to 40 new jobs created in the town over the next five years.   Family-run Ashley Ann Ltd (AAL) designs and manufactures kitchens, bedrooms and bathrooms.
[Furniture & Wood]
14/2/2018

The biggest private sector employer in Wick in Caithness is to strengthen its presence in the area and create more jobs.   Family run Ashley Ann Limited (AAL), which designs and manufactures kitchens, bedrooms and bathrooms, has secured a funding package of up to £190,000 from Highlands and Islands Enterprise (HIE).
[Furniture & Wood]
24/8/2015

Highlands and Islands (Scottish Labour) MSP, David Stewart has congratulated Caithness kitchen manufacturer Ashley Ann following its announced expansion plans over the next two years, lodging a motion in the Scottish Parliament.   The Caithness based firm, which has its manufacturing site in Wick, which alone employees over 100 people, has announced major plans to expand the site over the next two years with over £1million being invested in the factory.