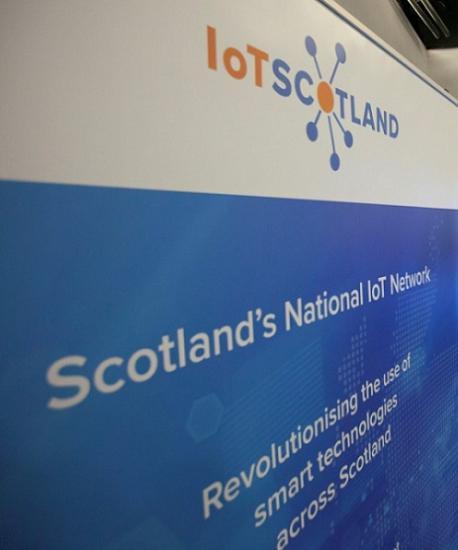 IoT Scotland has welcomed its first customer after The Highland Council selected the open access network to provide IoT connectivity for an innovative and transformational water monitoring contract.

The Highland Council awarded a three-year contract to Dundee-based IoT Scotland partner M2M Cloud to roll out their Neptune water-monitoring sensor technology to over one hundred buildings across their estate. The sensors will be used to remotely gather data from the council's water systems, providing an effective way to monitor and control legionella risk.

Water systems with the right environmental conditions, such as temperatures between 20 - 45, can potentially develop harmful bacteria, such as legionella. To negate this risk, sensors are attached to the surface of water pipes to record temperature readings every 10 seconds. Data captured is then transferred over the IoT Scotland network for The Highland Council to view via an intelligent dashboard.

Real-time alerts notify the building users of changes to the temperature to provide early notification that the water system is out of specification, replacing a previously timely and manual monitoring process where engineers would travel across the council estate to take temperature readings.

The Highland Council is responsible for the largest local government area in the UK. Covering an area larger than Belgium, with a population of over 230,000, the council manages 1100 non domestic properties.

M2M Cloud developed their Neptune technology following a proof of concept trial involving CENSIS - the Innovation Centre for Sensor and Imaging Systems and IoT - which saw the technology rolled out at two Highland Council properties.

The Scottish Government backed IoT Scotland network provides businesses and the public sector with access to affordable IoT connectivity. Allowing them to monitor and potentially control the status, efficiency and productivity of their assets and equipment, and to make more informed data driven decisions that will deliver economic and social benefits and drive operational efficiencies.

Chair of the Highland Council's Environment, Development and Infrastructure Committee, Councillor Allan Henderson said: "The Internet of Things (IoT) has been ‘the next big thing’ for a while now, but in recent years it has developed in a major way, to the point that there are now a number of well tested and useful applications for the public sector. IoT represents a very real opportunity to help local authorities save money, reduce their energy/carbon output and improve service delivery, and a national IoT network provides the connectivity facilitate these projects."

Scott Edgar, Operations Director at M2M Cloud, commented: "Having a National IoT network will enable any business or public sector organisation across the country to potentially access and benefit from Neptune Water Monitoring technology. Neptune helps ensure a water system is compliant and also helps with planned preventative maintenance schemes. The technology can also help organisations react quicker to problems and target resources to the right place saving time and money, while lowering carbon emissions".

The Highland Council project has been part funded through the Scottish Government’s European Regional Development Fund (ERDF), as part of the Strategic Intervention “Scotland’s 8th City – The Smart City.

The Highland Licensing Committee, at their meeting on 14 January 2020, made their final resolution in relation to the licensing of the public performance of plays under the public entertainment licensing regime after the repeal of the Theatres Act 1968.   This was after the completion of the 28 day statutory consultation period as set out in section 9 of the Civic Government (Scotland) Act 1982.
[Local Authority]
6/2/2020

At a special meeting of the former Environment, Development and Infrastructure Committee, held in October last year, Councillors agreed a new approach to the introduction of car parking charges across the area that will see a surplus of income split 50/50 with local areas.   At today's (Thursday 6 February) meeting of The Highland Council's new Economy and Infrastructure Committee members had the opportunity to discuss the progress made in implementing the first phase of the off-street car parking policy.
[Local Authority]
4/2/2020

In Caithness - Cairhness West.   Nominations are invited from people seeking election to 16 Community Councils across the Highlands that remained unformed after the elections held in December last year.