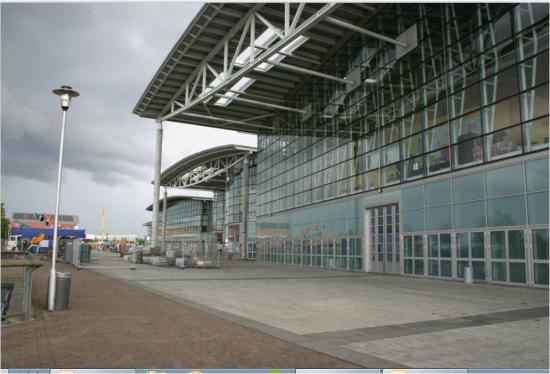 Dr Fletcher said: "Intu's fall into administration will probably be remembered as the biggest corporate failure of the pandemic lockdown. However with nearly £5bn of debt and no more lifelines from its creditors Intu's predicament predates COVID-19. KPMG the newly appointed administrators have said that the centres will remain open. This means that for most consumers there will be little visible difference. But for the tens of thousands employees who work for one of Intu's many tenants these are uncertain times.

"As one of the biggest landlords for so many retailers that were forced to shut during the lockdown the end of this property company was rapidly accelerated. Incomes from rentals contracted and the business model is primarily based on this single source.

"The model for all shopping centres has changed little since the 1960s but consumers have. The consumer desire for experiences override the utilitarian functionality of this model and will need to be a consideration for any prospective buyer for Intu's many large properties."

Intu directly employs 167 people at Braehead and almost 3000 people across its 17 shopping centres.

Intu Properties plc is a British real estate investment trust (REIT), largely focused on shopping centre management and development. The company owns or part-owns 17 shopping centres in the UK and one in Spain. Its shares are listed on the London and Johannesburg stock exchanges.

Originally named Liberty International plc, it changed its name in May 2010 to Capital Shopping Centres Group plc after demerging its Capital & Counties Properties business unit to form an independent business. The company then renamed itself Intu Properties plc on 18 February 2013, followed by the rebrand of most of its shopping centres under the Intu name from May 2013.

On 26 June 2020, Intu Properties entered into adminstration after failing to negotiate further credit from its lenders.

The company was established by Sir Donald Gordon in 1980 under the name Transatlantic Insurance Holdings plc as an offshoot Liberty Life Association of Africa, a business he had founded in 1957. The company developed into a leading investor in life assurance businesses in the 1980s and divested its remaining life assurance interests (a 29% holding in Sun Life) in 1991.[In 1992 it merged with Capital & Counties, a leading shopping centre developer, so securing itself a listing on the London Stock Exchange. It changed its name to Liberty International in 1996[4] and, after demerging Capital & Counties Properties in May 2010, renamed itself Capital Shopping Centres Group (CSC).

The company also disposed of a significant holding in its Californian subsidiary Capital and Counties USA, which was acquired by Equity One in May 2010. Equity One was later acquired by Regency Centers Corporation.

In 2011, CSC purchased the Trafford Centre from The Peel Group and offered a 20% stake in CSC to Peel chairman John Whittaker. The 20% stake in CSC was worth approximately £700m at the time, thus valuing the Trafford Centre at approximately £1.65 billion.[8] Whittaker continued to purchase shares after the takeover and became the largest shareholder in 2012, with a stake of 24.63%.[9]

CSC purchased the Westfield Group's 75% stake in Westfield Broadmarsh in Nottingham in November 2011.

In January 2013, CSC announced its rebranding as Intu and the renaming of twelve of its shopping centres to incorporate the new consumer-facing brand. A new orange and black brand identity was introduced at the same time, including a bird logo said to represent a "symbol of joy". At the same time and in response to changing consumer behaviour, Intu launched the UK's first online shopping centre and insourced all shopping centre staff, previously employed by facilities management company Bilfinger Europa.

The company announced on 27 February 2013 that it had agreed to purchase Midsummer Place in Milton Keynes (now Intu Milton Keynes) from Legal & General for £250.5 million. The sale was completed by the end of March 2013.

In December 2017, the company agreed to a takeover by property development company Hammerson for £3.4 billion, subject to shareholder approval. In April 2018, Hammerson recommended its shareholders reject the proposed takeover. With Intu hit by declining footfall on the high street and failures among major retailers, Peel Group, Olayan Group, and Brookfield Property launched a £2.8bn takeover bid in October, but, after due diligence procedures, they withdrew the offer in November 2018.

In November 2019, Intu said it was in talks to sell three Spanish shopping centres: Puerto Venecia in Zaragoza, intu Asturias in Oviedo, and intu Xanadu in Madrid. In December 2019, it sold its share in Zaragoza asset for €237.7 million,[20] delivering net proceeds of around €115m. The following month it sold its Oviedo asset, raising around €85 million.

In March 2020, Intu abandoned a £1.3 billion emergency cash call as not enough investors were willing to support the call. The company had £4.5 billion of debt. The company subsequently warned it could collapse if unable to raise further funds, after reporting a loss of £2bn for 2019. Intu shares had lost almost 90% of their value in a year, and the results announcement prompted a 25% drop to just over 4p. On 26 March, as the COVID-19 pandemic prompted more retailers to delay rent payments to Intu, the company warned it would need some waivers from its lenders and was likely to breach its debt covenants in July; its shares fell 11% to 3.6p in the first hour of trading following the warning.[25] On 23 June 2020, the company warned that shopping centres might close if financial restructuring talks with lenders failed, and lined up KPMG as administrators as a "contingency". On 26 June 2020, Intu went into administration.

As of 31 December 2019 the company's investment properties were valued at £5.9 billion. Intu owns or part-owns 17 shopping centres in the UK.

The only centre in Scotland is The Braehead in Renfrewshire.