The Highland Council Trading Standards is warning Highland residents that text messages stating they are due a tax refund from their local council is a scam.   Recipients are warned not to click on any links and to not share their bank details.
[Local Authority]
7/8/2021 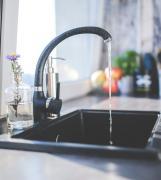 The Environmental Health Team is advising users of private water supplies to take preventative steps to preserve their drinking water.   There have been dry ground water and lower river levels reported in some areas of the Highlands, which may have an impact on some surface derived private water supplies.
[Local Authority]
2/8/2021

Indoor soft play centres across Highland have received top-up grants in recognition of the enhanced Covid-19 restrictions they have faced for much of the pandemic.   Grants of between £3,500 and £5,000, totalling £29,500 have been paid out to eight indoor soft play centres, depending on the rateable value of their premises.
[Local Authority]
28/7/2021

Polling will take place on Thursday 12 August to elect one of five candidates standing in The Highland Council's Wick and East Caithness ward and one of seven candidates standing in the Inverness West ward so voters are being reminded to make sure they are ready to make their vote count.   The Local Government by-election has arisen in Wards 3 and 13 due to the resignations of Councillor Nicola Sinclair, one of 4 Councillors representing the Wick and East Caithness Ward, and Councillor Graham Ross, one of 3 members of the Inverness West Ward.
[Local Authority]
14/7/2021

No bills for families.   Fees for children learning a musical instrument at school will be removed thanks to more than £7 million funding from the Scottish Government.
[Local Authority]
1/7/2021

Nomination packs for prospective candidates wishing to stand in both the Wick and East Caithness and the Inverness West ward by-elections are now available on The Highland Council's website The two vacancies have arisen as Councillor Nicola Sinclair, one of 4 Councillors representing the Wick and East Caithness ward and Councillor Graham Ross, one of 3 members for the Inverness West ward are both stepping down.   The Returning Officer, Chief Executive of The Highland Council Donna Manson is encouraging people to put themselves forward as candidates.
[Local Authority]
27/6/2021

The public is being asked for its views on proposals by The Highland Council to review the maximum level of charges for the hire of taxis or private hire cars fitted with taxi meters operating under licence of The Highland Council.   The Council has a statutory duty in terms of Section 17 of the Civic Government (Scotland) Act 1982 to review its scales for the fares and other taxi related charges every 18 months.
[Local Authority]
18/6/2021

Two Highland Council by-elections to take place.   Following the recent resignation of two Councillors, preparations are underway to hold by-elections in both the Inverness West ward and the Wick and East Caithness ward.
[Local Authority]
11/6/2021

The Highland Council today launches Building Our Future Highland - a campaign dedicated to keeping the public updated on the progress of works for the re-profiled capital programme's education, housing, and property projects across the region.   Chair of the Housing and Property Committee, Cllr Ben Thompson said: "I would encourage anyone interested in the development of our housing, property and schools to utilise this new campaign and keep informed on the progress of works in Highland.
11/6/2021

Taxi and Private Hire Drivers and Taxi Operators are set to benefit from a new grant scheme, following an announcement from Scottish Government.   If you are a licensed taxi or private hire driver who previously received support through the Taxi Driver and Private Hire Vehicle Driver Support Fund, and hold a current Driver Licence, you are eligible for an additional payment of £1,500.