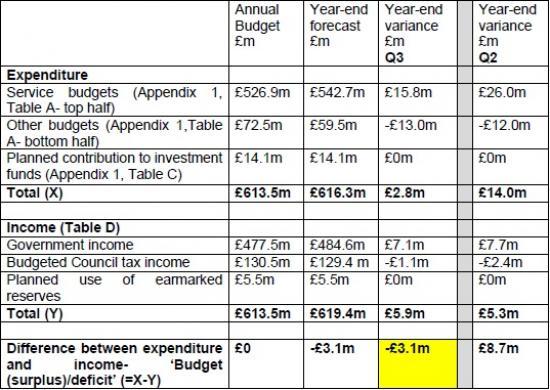 The Corporate Resources Committee of Highland council debated the latest account to December 2020 that show an underspend in staffing costs of £14,474. This saving has helped to create a surplus and stated in the report "at current projections for the year-end outturn position suggest a net year end budget surplus of £3.1m, a significant improvement from the £8.7m forecast overspend reported to this committee in November."

It was emphasised that no important and necessary posts have been held back for recruitment.

The year has been unusual due to Covid but government cash flowing to councils have helped to avoid big overspends. Reserves will not be required to be used unless something big changes.

Council staff were praised for their management of the financial situation in particularly difficult times.

Councillor Margaret Davidson praised the work of the finance staff to reach the current position.

Highland Council has announced that the closing date for applications to the Taxi and Private Hire Vehicle Driver Support Fund this scheme has been confirmed as 5pm on Thursday 25 March 2021.   The Scottish Government has also now clarified that if you have received a grant through the Taxi Fund this will not now affect any Universal Credit payments you are also receiving.
[Local Authority]
22/3/2021

To meet the growth in visitors to the Highlands of Scotland, The Highland Council's Tourism Committee has agreed a Visitor Management Plan for 2021 which will be adapted to provide a 5-year plan for the future.   The Council will work with other agencies involved in tourism and visitor management to deliver the plan.
[Local Authority]
18/3/2021

On Thursday 6 May residents in the Highlands and Western Isles can have their say on who represents them in the Scottish Parliament.   In order to vote in the election, residents must be on the electoral register.
[Local Authority]
18/3/2021

The Scottish Government has just announced that the Strategic Framework Business Fund grant scheme will close to new applicants on 22 March 2021.   The Highland Council has already assessed and approved 5178 applications for this grant fund.
[Local Authority]
17/3/2021

The Highland Council has opened applications for the Highland Employment Recruitment Offer (HERO), which offers grant support of up to £6,000 to help employers meet the cost of recruiting and employing someone who fits the criteria.   Full details of the HERO fund can be found on the Highland Council website , and we have summarised the key eligibility criteria below.
[Local Authority]
13/3/2021

Padlocks to be removed from Coghill Bridge, Wick

The Highland Council will be removing padlocks and any other attachments from the Coghill Bridge at Wick Riverside.   These padlocks detract from the historic nature of the bridge as well as causing paint damage and encouraging rust spots to the recently refurbished guard rails.
[Local Authority]
9/3/2021

Highland Council has said that illegal fly-tipping is costing the region's taxpayers thousands and is encouraging people to report anyone they see doing it.   Council operatives were alerted to an incident of fly-tipping at the Attadale Estate on the A890 at Strathcarron, where 153 tyres were dumped at the side of the road.
[Local Authority]
9/3/2021

Parents Updated Today On Next Phase Of Highland Pupils Return

A letter has been distributed today to update parents and carers on the next phase of the re-opening of schools in Highland.  The Scottish Government announced last week that more pupils are to return to school (external link) from Monday 15 March.
[Local Authority]
8/3/2021

The Highland Council Trading Standards team have been alerted to a smishing scam that is currently targeting Highland residents.   The scam involves a text message claiming to be from Royal Mail advising the recipient that they are holding a piece of mail due to unpaid postage.
[Local Authority]
3/3/2021

The First Minister announced yesterday (2 March 2021) to the Scottish Parliament that all remaining primary school children are to return to school full-time from 15 March, with all secondary pupils returning in some form from the 15 March and until the 2 April.   Welcoming the announcement, Chair of the Education Committee, Cllr John Finlayson said: "I am delighted that we can see the return of more of our pupils to school settings in the next couple of weeks.