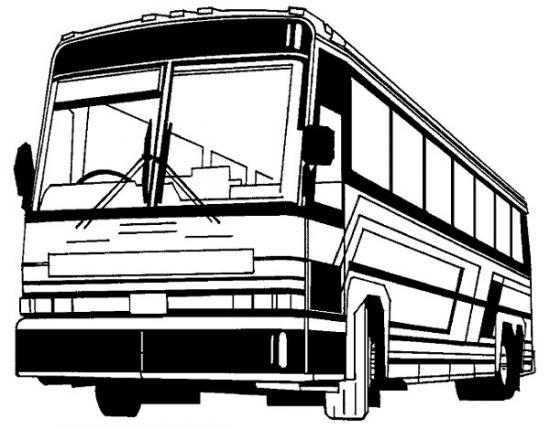 SNP Ness-side councillor Ron MacWilliam has written to members of the Highland Council Redesign board to urge them to consider options for publicly run bus services in the Highlands. Cllr MacWilliam, who chairs the Inverness Community Planning Partnership transport group, had previously called for immediate preparatory work to be undertaken by Highland Council in March 2018 whilst the Scottish Government's Transport Bill was simultaneously being debated at Holyrood. The Council administration however decided to await the full outcome of the Transport bill before committing to the work. The Bill passed the final stage 3 process on 10 October 2019 and so that work, as agreed by the full council chamber, now must progress.

Cllr MacWilliam has written to the members of the Highland Council redesign board to urge them to act swiftly. He said:

"I am absolutely delighted that the Transport Bill has finally been approved by parliament and is shortly to become law. What I don't understand is why there has been so much reluctance on the part of the Highland Council administration to engage meaningfully with that debate and to prepare for the outcomes that we knew were coming. This new legislation will be a game-changer for Highland bus services if the council gets its act together and prepares to use the new powers they are about to possess. Thatcher's bus deregulation was a disaster for Highland bus services but finally we have an opportunity to reverse that decline for the future - assuming the Independent/ Lib/ Lab Highland Council administration choses to wake up and act. There are no definitive answers as yet but route franchising, arms-length council bus services or even directly run council bus operations are all now possible, as well as community bus schemes which already run successfully in some places.

"The private operators have a difficult task seeking profit in the Highland market yet people are crying out for more regular and better buses, so the demand is definitely there. From everything I hear from community planning partners and constituents, many people would be more inclined to use buses if the services were at all suitable for their needs. When we consider climate change and the congestion on parts of our road network it is imperative that we move away from motor car use and on to communal modes of transport as soon as possible. If the private sector can't invest adequately to meet these needs the public sector will have to come in. The council is expected to lead that change and that is why I have today written to the council's Redesign Board to urge them to move quickly on it. "

Minutes of motion and amendment agreed on 8 March 2018:

The following Notices of Motion had been received in accordance with Standing Order 10.1 -

(i)"Council believes that the current review of Highland bus timetables by Stagecoach PLC will have a detrimental effect on both citizens and communities; notes with interest the Scottish Government's forthcoming Transport Bill which seeks to address many of the current problems in the commercial bus sector; and resolves to conduct feasibility work on the options for enhancing Highland bus services, including franchising and the creation of a publicly-owned bus operator, if and when such powers become available to local authorities."

it had to be noted that the current review being undertaken by Stagecoach was having an adverse effect on a number of communities, including residents and commuters on a daily basis;

the time was therefore right to open dialogue on the future of local public transport services, especially buses, as it was clear that the current arrangements were not working well;

it would be important for the Council to be pre-emptive as opposed to reactive in relation to the forthcoming Scottish Government Transport Bill which would seek to address many of the current problems in the commercial bus sector;

there was a need to recognise the valuable work undertaken by Council Officers to date which had resulted in a short term solution being put in place but ultimately there was a need for decisions to be made in regard to the medium and long term;

it was clear that the need for public transport would increase in the future and this had to be at the forefront of discussions about the level of service required;

the provision of adequate bus services were imperative in rural areas and also for the young, the elderly and those people who were socially isolated;

there was also a need for consideration to be given to appropriate ticketing options for regular users;

it would be helpful to have further detail in the near future on the proposals which were to come forward as part of the Transport Bill in order to able to consider future options, not least in terms of the unique geography and circumstances in the Highland area;

whilst supporting the aims of the Notice, it was suggested that there should also be additional reference included as follows - to conduct feasibility work on the options for enhancing Highland bus services ‘at the soonest opportunity by the Redesign Board once the details and outcomes of the Bill were known’; and

in terms of empowering communities, and not least in order to enable local solutions for local problems to be realised, it was important to involve all participants in this issue wherever possible, including HiTrans, the Traffic Commissioner, taxi representatives, travel providers and passengers from across the Highland area.

Thereafter, Mr R MacWilliam, seconded by Mr D Louden, MOVED the terms of the Notice of Motion as detailed.

As an AMENDMENT, Mr A Henderson, seconded by Mr J Gray, moved that the last part of the Notice should be amended to read as follows - ‘and resolves to conduct feasibility work on the options for enhancing Highland bus services at the soonest opportunity by the Redesign Board once the details and outcomes of the Bill are known, including franchising and the creation of a publicly-owned bus operator, if and when such powers become available to local authorities’.