Scotland has experienced a fall of five places in the Index of Social and Economic Well-being (ISEW) of 32 OECD countries and a drop of 0.05 between 2006 and 2018.   This is according to the latest report from Scottish Trends.
22/1/2020

Bankers ignore lessons of the past

A new book by Ray Perman - Rise and Fall of the City of Money - A Financial History of Edinburgh "The day the bankers went to prison".   - See talk by Ray Perman on Youtube at the bottom of this page.
22/1/2020

New survey reveals the average UK worker spends 2 hours and 9 minutes each day procrastinating.   If you often find yourself drifting off and wasting time at work, you're not alone.
22/1/2020

City deals have been positive for Scotland's economy, but the government does not have a plan to measure their overall long-term success, say public spending watchdogs.   City Region and Growth Deals have enabled economic development projects across Scotland that may not otherwise have gone ahead and sparked increased collaboration between councils and their partners.
21/1/2020 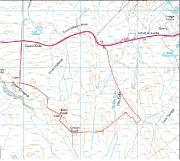 On 21st January 2020 members of the North Planning committee of Highland Council we presented with a Proposal of Application Notice (PAN) for wind farm at Drum Holliston, Caithness.   No comments were made by councillors and the applicant will proceed to a full planning application.
21/1/2020

Getting Brexit Done - What Happens Now?

The Institute for Government sums up what is to come.   The UK is set to leave the EU on 31 January 2020 and enter the transition period - a milestone in the Brexit process.
17/1/2020

Wick John O'Groats airports one of the airports that would be downgraded and cameras installed to be controlled from New Century House in Inverness Highlands and Islands, Airports Ltd has announced air traffic control for five Scottish regional airports is to be undertaken centrally from Inverness, The change will involve Sumburgh, Dundee, Inverness, Kirkwall and Stornoway.   The move is in order to modernise with much more computer control and camera systems at the airports.
17/1/2020

Many people feel frustrated by the Big Banks and they way they are closing branches and continuing to with draw from communities and their continuing reductions in lending to smaller local businesses.   A new report published by Common Weal this week shows there is another way for banking already in use in other countries that is rooted in a banking system owned by its customers.
[Local Authority]
16/1/2020

Storm Brendan has taken its toll on roads and infrastructure across the Highlands.   Localised flooding, wind and ice has caused damage to roads, paths, car parks and walls in numerous areas including Applecross, Lochaber and Caithness and Sutherland.
16/1/2020

The Money Advice Service has advice on their blog and what the changes to overdraft fees mean for you.   Major changes affecting your overdraft will be introduced in April 2020, but some banks and building societies will introduce these changes earlier.
16/1/2020

Published 15 January 2020.   Details The Nuclear Decommissioning Authority's decommissioning agenda offers both challenges and opportunities for the communities in which we operate.
[Auctioneers]
16/1/2020

MSPs Press The Case For Women's Custody Facility In The North

Public Finance Minister Kate Forbes has replied to a letter from the Scottish business community highlighting the Scottish Government's support for maintaining the Uniform Business Rate.   In the letter she echoed concerns that the amendment to devolve control of rates to local authorities would create risk and uncertainty for both ratepayers and local authorities.
[Builders & Building Services]
15/1/2020

The latest article on building your own house from Thermohaus.   See links below for all the earlier articles.