At a special meeting of the former Environment, Development and Infrastructure Committee, held in October last year, Councillors agreed a new approach to the introduction of car parking charges across the area that will see a surplus of income split 50/50 with local areas.   At today's (Thursday 6 February) meeting of The Highland Council's new Economy and Infrastructure Committee members had the opportunity to discuss the progress made in implementing the first phase of the off-street car parking policy.
6/2/2020

No Scottish taxpayer will pay more income tax in 2020-21 on their current income, Public Finance Minister Kate Forbes confirmed as part of the Scottish Budget.   For the third consecutive year, more than half of Scottish income taxpayers will pay less tax than if they lived anywhere else in the UK.
6/2/2020

Tens of thousands of businesses across Scotland will continue to benefit from vital business rates relief put in place by the Scottish Government.   MSPs have voted to support the Non-Domestic Rates (Scotland) Bill at stage three, which will now be translated into legislation.
5/2/2020

Scottish Business Call On Government To Bring Confidence To The Market 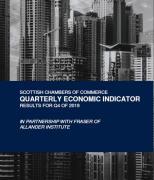 The latest Scottish Chambers of Commerce (SCC) Quarterly Economic Indicator (QEI) survey for Q4 of 2019 shows that businesses are in a period of stasis with global and domestic factors all contributing to subdued levels of confidence and investment.  The quarterly survey was carried out between November to December 2019, during the UK general election period which suggests political considerations will certainly have had some influence in how businesses responded to the survey.
[Other Services]
5/2/2020

Scottish Chambers of Commerce reacts to mixed results of Holyrood rates vote.   Whilst welcoming the Scottish Parliament's decision to retain the Uniform Business Rate, the Scottish Chambers of Commerce (SCC) has urged the Scottish Parliament to reconsider what it believes is a major barrier to a more flexible, responsive rates system outside of the revaluation cycle following voting on the Non Domestic Rates Bill (Scotland) today.
5/2/2020

If an employee falls sick or becomes a parent, do you know what payments they're entitled to, how to calculate them and whether they're reclaimable? You can find the answers with HMRC's live webinars, online guide and toolkit.  Register now - it's easy.
[Auctioneers]
5/2/2020

Whistleblowing Champions have been appointed to health boards across Scotland in a move aimed at creating a more honest and open workplace culture within the NHS.   A total of 19 appointments have been made by Health Secretary Jeane Freeman, with them all taking up their posts from this week.
[Local Authority]
4/2/2020

In Caithness - Cairhness West.   Nominations are invited from people seeking election to 16 Community Councils across the Highlands that remained unformed after the elections held in December last year.
4/2/2020

OPERATIONAL UPDATE: BREXIT Business as usual As you are aware legislation has now been passed in the House of Commons which ratifies the EU Withdrawal Agreement, taking the UK out of the European Union.  As of 23:00 on 31 January 2020 the UK will be in an Implementation Period (also referred to as the transition period) where current EU rules and regulations (and any new legislation made during the course of 2020) will continue to have effect whilst the terms of our future relationship with European Union are negotiated through an EU UK Trade Deal.
[Auctioneers]
4/2/2020

Employment May Be At An All Time High In The Uk, But Austerity, Low Pay And Zero Hours Contracts Inflict Misery On Millions

A large UK space sector delegation touches down in Singapore this week to explore new partnerships and seek valuable opportunities in the Asia-Pacific region, supported by the UK Space Agency.   More than 30 representatives from the UK space industry, universities and government will visit GeoWorks, ST Engineering, the National University of Singapore and the Nanyang Technological University, before attending the Global Space and Technology Convention on 6-7 February.
3/2/2020

The Future Relationship Between The UK And The EU

This statement sets out the Government's proposed approach to the negotiations with the EU about our future relationship.  Further details on this and other trade negotiations will be made available to Parliament as the process develops.
[Advisory / Counseling Services]
1/2/2020

Employees from across the Nuclear Decommissioning Authority group have been honoured at a prestigious national awards ceremony in London.   The Women in Nuclear (WiN) Annual Awards recognises those who have gone above and beyond to promote gender balance and diversity across the nuclear sector.
1/2/2020 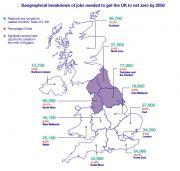 Research reveals 400,000 job opportunities for a ‘Net Zero Energy Workforce', including nearly 100,000 roles across the north of England The UK will need to recruit hundreds of thousands of people into its energy sector if it is to meet its target to deliver net zero emissions by 2050.  Research published by National Grid today reveals the industry will need to fill 400,000 jobs, bringing opportunities for skilled tradespeople, engineers and other specialists across every region of the country.