Two large redundant items that were removed from Dounreay's facilities have now left the site for disposal or diversion, opening up new waste routes.   Dounreay in partnership with Nuclear Waste Services and its contractor Cyclife first trialled an alternative treatment option for the site's metallic waste in 2019, when 66 tonnes of redundant metal equipment were sent to Cyclife's specialist facility for recycling.
[Advisory / Counseling Services]
9/5/2022

All-Energy is back for its 21st anniversary and the first face-to-face event in two years.   In conjunction with Highlands and Islands Enterprise (HIE), the region's businesses will exhibit on the HI-energy pavilion, which once again will host the largest regional presence at the show.
[Advisory / Counseling Services]
9/5/2022

The fourteen categories will be open for nominations and entries from 21 April.  Entries can be made online at www.hifoodanddrinkawards.com before the closing date of the 31 May.
[Advisory / Counseling Services]
24/4/2022

HIE and Scottish Enterprise (SE) teamed up to run the project, aimed at helping companies meet the growing requirement to accurately forecast their environmental impacts.   The two-month pilot recognised that environmental impact is increasingly becoming a deciding factor in a company's overall attractiveness to investors and customers.
[Advisory / Counseling Services]
6/4/2022

Highlands and Islands Enterprise (HIE) and Wildland Limited have signed a memorandum of understanding relating to the development agency's plans to establish a satellite launch site in Sutherland.   Space Hub Sutherland will be sited on the A’ Mhoine peninsula, within the community-owned Melness Crofters Estate and next to land owned by Wildland.
[Other Public Services]
1/4/2022

Shellfish and finfish businesses in Shetland are set to benefit from new technology designed to inform optimal and sustainable growth in the aquaculture sector.   UHI Shetland has secured £185,000 investment from HIE to purchase a high-tech piece of equipment known as an Imaging FlowCytobot (IFCB).
[Advisory / Counseling Services]
31/3/2022

Plans to develop a new timber manufacturing and processing facility in Forres, Moray, have secured up to £279,000 Green Jobs Fund investment from Highlands and Islands Enterprise (HIE).   The funding was announced on Friday (25 March 2022) by Minister for Just Transition, Employment and Fair Work, Richard Lochhead, during a visit to family-owned timber processing firm James Jones & Sons (JJS).
[Advisory / Counseling Services]
29/3/2022

A new approach to decommissioning the Vulcan nuclear site next door to Dounreay by the Ministry of Defence has been been indicated.   It was confirmed at Wednesday's meeting of Dounreay Stakeholder Group (DSG) that the Nuclear Decommissioning Agency was being considered to take over the work.
[Advisory / Counseling Services]
16/3/2022 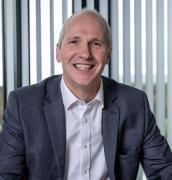 Scotland's development agency for the Highlands and Islands is stepping up its commitment to making the country a Fair Work Nation.   As part of its support for the Scottish Government Fair Work First agenda, the Board of Highlands and Islands Enterprise (HIE) is introducing new conditions attached to future funding awards.
[Advisory / Counseling Services]
15/3/2022

The A9 will be closed in both directions during the night this weekend (19/20 March) between the exit for Inverness Campus and Inshes, and the Raigmore interchange.   This is to allow access for a scheduled maintenance inspection of the ‘Golden Bridge'.
[Other Public Services]
15/3/2022

The details of particle finds on Dounreay foreshore has been updated.   See full details at - https://www.gov.uk/government/publications/radioactive-particles-in-the-environment-around-dounreay/dounreay-foreshore-particle-finds-2021.
[Advisory / Counseling Services]
12/3/2022 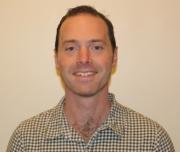 Developed by Highlands and Islands Enterprise (HIE) and delivered mostly online, Pathfinder Accelerator provides fast-track training and mentoring for entrepreneurs looking to build a company or launch a new product.   Businesses have until 20 April to apply to be part of this next cohort, which starts in May and is funded by the Inverness and Highland City-Region Deal.
[Advisory / Counseling Services]
25/2/2022

Registration is now open for XpoNorth's highly anticipated annual conference.   15th and16th June 2022 with the them of Story Telling.
[Other Public Services]
25/2/2022

Particles are fragments of irradiated nuclear fuel discharged to sea as a result of historic practices in reprocessing.   Used fuel from the reactors on site and other research reactors in Britain and abroad was recycled in the site's reprocessing facilities.