To whom it may concern: Subsea 7 will be moving three towheads for the Equinor Snorre Project from Wick Harbour to Wester Site from Monday 2nd December.   It is planned that the towheads will travel along the route through town (as in the photograph below) over three days (one per day) and we hope to complete the operation by Wednesday the 4th of December.
[Civil Engineering Contractors]
21/7/2019

Subsea 7 will be moving three towheads for the Equinor Snorre Project from Wick Harbour to Wester Site in the next 2-3 days.  It is planned that the towheads will travel along the route through town as in the photograph.
[Engineering & Metal Goods]
21/12/2018

Caithness Company Leads The Way To A 'Cyber Strong' Region

Week Commencing 1st January 2018.   Energy & business services: 2018 promises to be another year of exciting change in the energy sector, and to highlight how things have progressed in the north the Beatrice Offshore Windfarm team have produced a short booklet outlining the significant milestones that have been achieved during 2017 - you can access the booklet at https://www.beatricewind.com/single-post/2017/12/22/lookingbackat2017 .
[Engineering & Metal Goods]
22/12/2017

Subsea 7 S.A.  (Oslo Børs: SUBC, ADR: SUBCY) has announced the award of a substantial contract by Statoil for the Snorre Expansion Project, located in the Tampen area, 150 km west of Florø in Norway.
[Engineering & Metal Goods]
5/6/2017

A Thurso based engineering firm has secured an industry accreditation award that will boost its reputation internationally and help attract new business.   Envision Engineering and Design Limited created five jobs when it was set up less than a year ago by Liam Sutherland and Stuart Anderson, both of whom are originally from Caithness.
[Engineering & Metal Goods]
27/6/2016

Offshore activity is ramping up on Premier Oil's Catcher project in the North Sea, with all three Pipeline Bundles now successfully installed.  Subsea 7's Alasdair Farquharson and Tammie Sebire and Jon Taylor of Premier Oil reflect on the significance of the first Bundle launch in Wick..
[Engineering & Metal Goods]
21/6/2016 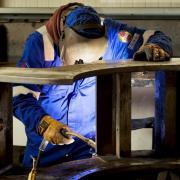 An Aberdeen oil and gas company that located its manufacturing operation to Lybster in Caithness says it is delighted with the results.   Torque machine manufacturer Enerquip secured £60,000 investment from Highlands and Islands Enterprise (HIE) towards the £240,000 initial capital equipment and employment costs at Lybster.