The standstill period under the Council's Trades Services Framework agreement was due to close with effect from Monday 17th February 2020, with the intention of a proposed go live date with the new arrangements and contracts of 24th February.   The standstill period is a defined period of time between the notice of the contract award decision and the award of the contract.
18/2/2020

It has today been announced that National Saving has slashed its interest rates and Premium Bond prizes dealing yet another blow to the nation's savers who have already suffered due to continuously low interest rates.   Founder and MD of Sourced Capital , Stephen Moss, commented:"Yet another blow for those trying their best to accumulate any kind of savings pot and perhaps the final nail in the coffin for the vast array of savings based products available to the consumer, as more and more are opting to move away from these traditional options due to the pitiful returns they now provide.
[Auctioneers]
18/2/2020

Following a review taxi fares in Highland have been held at the same level by the Highland Council Licensing Committee held on 18 February 2019.   The papers and the debate on this issue can be seen at items six on the webcast - https://highland.public-i.tv/core/portal/webcast_interactive/469655 There is a 14 Day period for appeal.
17/2/2020

First Minister Nicola Sturgeon has outlined new appointments to the Scottish Government and cabinet.   Following her delivery of the Scottish Budget, Kate Forbes has been nominated as Cabinet Secretary for Finance, while Fiona Hyslop will build on a hugely successful period as External Affairs Secretary by taking responsibility for the economy as Cabinet Secretary for Economy, Fair Work and Culture.
17/2/2020

Highlands and Islands Enterprise (HIE) has contracted marketing and business development company, Business and Tourism Solutions (BTS), who will work with Lochaber Chamber of Commerce to deliver the programme.   It will provide intensive engagement, support and interventions for around 50 businesses and providers in the sector across the Highland Council area.
[Advisory / Counseling Services]
17/2/2020

The latest generation of small communications satellites could be launched into Earth orbit from the northern Highlands of Scotland within the next two years.   Development agency Highlands and Islands Enterprise (HIE) has submitted a planning application for a vertical launch site, Space Hub Sutherland, that it plans to construct on the A' Mhoine peninsula, Melness, near Tongue.
17/2/2020

Coronavirus: The Blow To The Chinese Economy Could Be Felt For Years

Investors are still being fairly complacent about the novel coronavirus.  After the number of new daily cases suddenly shot up to more than 15,000 on February 12 following more than a week of decline, there were some jitters in the markets.
17/2/2020

Meeting The Costs Of Brexit 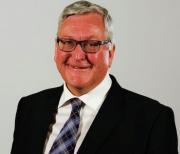 The UK Government should give an immediate commitment to cover the cost to business and government of leaving the EU, Rural Economy Secretary Fergus Ewing said.   With the UK Government acknowledging there will be additional checks and certificates required for trade with the EU, Mr Ewing said it is vital they commit to meeting the resulting additional costs incurred by Scotland becoming a ‘third country'.
[Local Authority]
15/2/2020

A new farmer-led group will examine how to reduce greenhouse gas emissions within the suckler herd.   Co-chaired by Jim Walker, the group will consider proposals for alternative ways to support the suckler sector mitigate its environmental impact and identify practical ways in which it can reduce its emissions.
14/2/2020

UK-built technology that will revolutionise the science astronauts carry out on the International Space Station is due to launch today (14 February 2020).   Called COLKa for ‘Columbus Ka-band Terminal', the system will allow astronauts and researchers to benefit from a direct link with Europe at home broadband speeds, relaying data from experiments on the ISS back to Earth almost instantaneously.
[Local Authority]
13/2/2020

Members today approved a modest 3% rent increase for residential rents and service charges following detailed consultation with tenants.   The increase will result in a rise in the average weekly council house rent from £75.38 to £77.74 (£2.26), which means that Highland rents are still 8th lowest of the 26 councils which retain housing.
13/2/2020

Yesterday, during the Scottish Parliament's Finance Committee, the minister from Public Finance and Digital Economy, Kate Forbes, stated that local authorities are not "collapsing" in Scotland.   This is despite warnings from COSLA ahead of the budget statement that stated local authorities were under immense pressure and in need of massive investment.
13/2/2020

COSLA said it was disappointed that once again the Scottish Government has presented a Budget for Local Government that looks much better than the reality behind the figures.   Speaking this afternoon following the Scottish Government's Budget announcement, COSLA’s Resources Spokesperson Councillor Gail Macgregor said:"On the face of it this looks like a good Budget for Local Government with a cash increase of £495million and whilst we acknowledge this money, the reality behind this figure unfortunately is quite different.
[Local Authority]
12/2/2020

Highland Council Trading Standards are again warning unsuspecting residents of the emergence of a new Council Tax scam.   Today a call was received by the Council from a Council Tax payer alerting to a Council Tax scam whereby scammers are now texting people and informing them that they are due a Council Tax rebate.
[Local Authority]
12/2/2020

Highlands and Islands Labour MSP, David Stewart, has tabled more questions in the Scottish Parliament in his bid to see waiting times improved at NHS Highland's chronic pain clinic.   Mr Stewart, who is also Labour’s Shadow Health Minister, was approached by constituents who complained about the waiting times for first appointments in the north, advising that in some cases there can also be more than a year's wait for follow up appointments.
[Advisory / Counseling Services]
11/2/2020