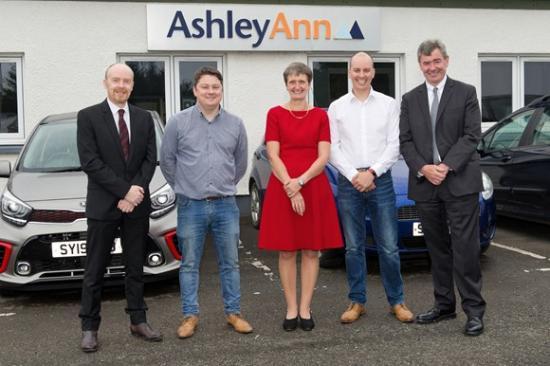 A Caithness company is planning to invest more than £2m in its Wick plant, in a move that could see up to 40 new jobs created in the town over the next five years.

The firm has secured up to £400,000 from Highlands and Islands Enterprise (HIE). This will help fund building works and alterations and the installation of additional specialist manufacturing equipment.

Along with other investment by the company, this will enable it to increase capacity and output. As a result, turnover is expected to increase by almost £10m within five years with around 40 new jobs created at its factory in Wick over the same period.

HIE has worked with AAL throughout most of its history, providing advice and support on plans for growth.

"AAL has been a major employer in Caithness for nearly 30 years and has grown steadily over the years.

"This next stage in the firm's growth will provide valuable security for existing employees as well as generating more valuable employment. It will increase the contribution the company makes to the local economy and strengthen community resilience in Wick.

"I am pleased we are able to support this venture and look forward to continuing to work with the company in its growth journey."

AAL was formed in 1986 by Stephen and Ellen Bremner, initially operating from a small workshop in Thurso. In 2007 it moved to larger premises in Wick, previously occupied by Grampian Records. The firm then leased additional warehouse space in the nearby former Caithness Glass building, which it then bought in 2018, with HIE support.

Stephen Bremner, chairman of Ashley Ann Limited, said: "The long-term support from HIE has not only helped us on a financial level, but their expertise across a range of business disciplines has also helped give us the further confidence needed to forge ahead with our growth plans. We're already the largest private employer in Caithness, so the additional increase in our workforce is a strong demonstration of our commitment to the region's economy."

Rural Economy Secretary Fergus Ewing said:"I am pleased to see this significant investment in Ashley Ann Ltd's Wick plant and the new employment opportunities it will create. Manufacturing offers high-quality, skilled jobs, particularly in rural areas, which is one of the reasons why we are committed to supporting its growth.

"Investment in projects like this is vital to encouraging more people to choose to live and work in communities such as Caithness."

A healthy, wealthy and inclusive society starts with a happy employee, writes Rachel Hunter, HIE's director of service delivery There's no doubt that people do a better job when they're happy in their work.  They're more committed, more productive, and more innovative.
[Advisory / Counseling Services]
17/7/2022

TechHUB is part of the Northern Innovation Hub (NIH), a £14.2m initiative delivered by HIE under the Deal, which focuses on developing innovation in small and medium sized businesses in the Highland Council area.   The funding approval includes costs of refurbishing Fyrish House at Teaninich Industrial Estate in Alness, a building owned by HIE, where the TechHUB will be housed.
[Advisory / Counseling Services]
8/7/2022

Funding Available For Ambitious Young Businesses In The Highlands And Islands

HIE and Scottish Enterprise (SE) teamed up to run the project, aimed at helping companies meet the growing requirement to accurately forecast their environmental impacts.   The two-month pilot recognised that environmental impact is increasingly becoming a deciding factor in a company's overall attractiveness to investors and customers.