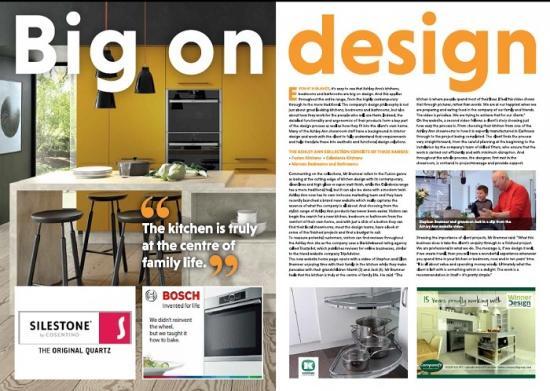 Ashley Ann business has grown substantially over the last 30 years and shows no signs of slowing down even in the pandemic.

Manufacturing goes on with the housing market being very buoyant and demand for kitchens bathrooms and bedrooms part of it.

Ashley Ann already employs around 160 staff and is now recruiting to add to their workforce at Wick.

The firm manufactures around 80 kitchens, bedrooms and bathrooms per week, with these being supplied through eight of their own retail showrooms in Scotland, and many independent retailers spread right across the UK.

On offer is an attractive benefits package including, Pension, Work Wear & PPE, Six weeks annual leave(2 weeks Christmas closure) Mini bus may be available from Thurso, via Castletown or Halkirk.

To see more and to apply go HERE

A Caithness company is planning to invest more than £2m in its Wick plant, in a move that could see up to 40 new jobs created in the town over the next five years.   Family-run Ashley Ann Ltd (AAL) designs and manufactures kitchens, bedrooms and bathrooms.
[Furniture & Wood]
14/2/2018

The biggest private sector employer in Wick in Caithness is to strengthen its presence in the area and create more jobs.   Family run Ashley Ann Limited (AAL), which designs and manufactures kitchens, bedrooms and bathrooms, has secured a funding package of up to £190,000 from Highlands and Islands Enterprise (HIE).
[Furniture & Wood]
24/8/2015

Highlands and Islands (Scottish Labour) MSP, David Stewart has congratulated Caithness kitchen manufacturer Ashley Ann following its announced expansion plans over the next two years, lodging a motion in the Scottish Parliament.   The Caithness based firm, which has its manufacturing site in Wick, which alone employees over 100 people, has announced major plans to expand the site over the next two years with over £1million being invested in the factory.
[Furniture & Wood]
8/1/2007

Britain is a nation of hoarders.  The average person accumulates more than a TON of unwanted stuff - crammed in attics, wardrobes and under beds, according to new research.