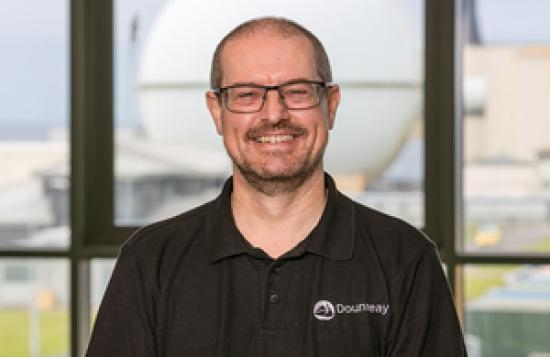 Dounreay Site Restoration Limited (DSRL) has announced the appointment of Mark Rouse as its Managing Director.

Mark took up the position of Managing Director in March 2020 but will now move from the current parent body organisation to Dounreay Site Restoration Limited to continue leading the business when it becomes an NDA subsidiary on 1 April 2021.

He is currently in his second spell in charge, having also been at the Caithness site from 2013-2015, before being appointed as President of Cavendish Nuclear Japan.

NDA Chief Executive, David Peattie, said:I am delighted that Mark has been appointed to the role of Managing Director and will provide consistency and stability as Dounreay becomes an important and integrated part of the NDA family.

Mark is personally driven to ensure the continued safe decommissioning of the site, while working with the local community to create new and sustainable alternative employment beyond the current mission. Working very closely with the NDA team, Mark's focus is now on a safe and smooth transition of DSRL's ownership from Cavendish Dounreay Partnership to the NDA in March.

Mark added:It is a privilege to be asked to stay at the site and continue leading such a highly skilled and committed team. We have a number of short-term challenges ahead as we continue to navigate our response to the current pandemic, but there are many exciting opportunities beyond that to deliver a technically challenging decommissioning programme and play an important role as part of the NDA.

Issued by David Peattie, Group CEO and Accounting Officer, NDA.   I am pleased to be able to share with you some significant developments within the NDA around our transport and waste businesses, further underlining our One NDA approach to working more collaboratively and efficiently to clean up the UK's earliest civil nuclear sites.