An ever-growing NHS budget could swallow up all of this week's tax rise, leaving little for social care 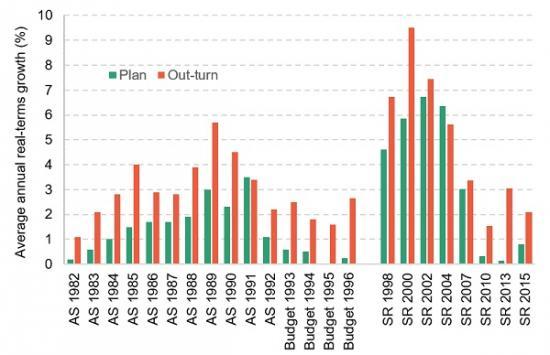 An article from the Institute for Fiscal Studies casts doubts if the money raised by increased NIC contributions will actually ever reach social care as history shows the heath service never has enough and needs budgets topped up almost every year.
----------------
This week saw major announcements on health and social care funding. Outside of the usual Budget or Spending Review process, the government announced around £12 billion of additional spending for the Department of Health and Social Care for each year between 2022−23 and 2024−25, alongside a corresponding tax rise.

In the near term, the bulk of this additional spending is earmarked for the health service, to aid with recovery from the pandemic. But in the medium term, most of this virus-related health spending is (more or less) assumed to fall away, as the NHS reverts to its pre-pandemic spending path. Under the funding settlement which pre-dated the pandemic, NHS England funding was planned to grow at an average real annual rate of 3.9% over the five years between 2018−19 and 2023−24. This week, the government extended the settlement by a year. Over the six-year period from 2018−19 to 2024−25, funding is still set to grow at an average real annual rate of 3.9%. That would suggest an extension of the long-term plan, and thus a similar amount of NHS funding to what might have been expected pre-Covid. This implies minimal additional virus-related spending on the NHS after that point.

Instead, the plan seems to be for the £12 billion raised from the tax rise to be increasingly channelled into social care as the parliament goes on, to meet the growing costs of the government's new ‘cap and floor' plan for social care funding. But that would require the government to stick to these NHS spending totals - something which history teaches us is unlikely. Instead, the experience of the past 40 years shows that NHS spending plans are almost always topped up. If history repeats itself, the ‘temporary' increases in NHS funding announced this week could end up permanently swallowing up the money raised by the tax rise.

A history lesson
Figure 1 compares the planned growth rate in health spending to what actually happened (the out-turn), starting at the 1982 Autumn Statement, and finishing at the 2015 Spending Review (which covered the period up to 2019−20). On only two occasions over that period of almost 40 years has health spending grown by less than was originally planned; it almost always grows by more. This isn't because the NHS is always overspending its final budget - it's because the NHS budget is frequently topped up. This Figure also ignores the exceptional case of the 2019 Spending Review, which planned for 3.1% real terms growth in the health budget in 2020−21. In the event, because of Covid-19, it grew by more than 27%.