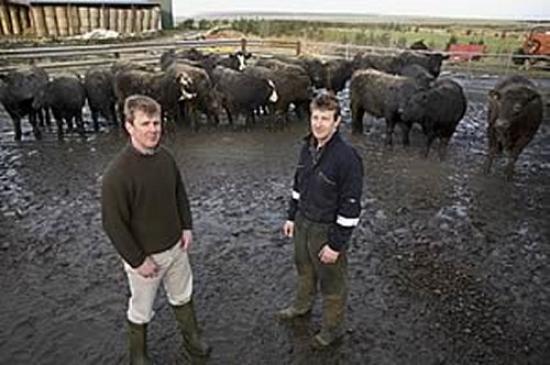 Commercial beef herds in Caithness and the Borders have claimed the top two places in the annual Bank of Scotland Aberdeen-Angus Suckler Herd of the Year awards.

The judge, John Taylor, Bank of Scotland Corporate's Director of Agriculture Scotland, said there was little to separate the two finalists. Both enterprises were good examples of the ongoing development potential of the Aberdeen-Angus breed for commercial producers.

"Unfortunately, there can be only one winner and Michael just shaded it with a very good grasp of the financial and technical performance of his herd," said Mr Taylor, who visited the farms on consecutive days at the beginning of January, with Ron McHattie, chief executive of the Aberdeen-A