Pultenytown Area Of Wick Still Has Highest Unemployment In The North 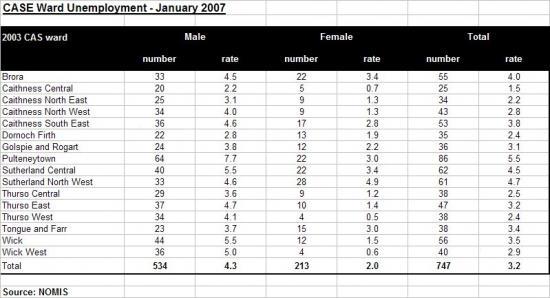 The Pulteneytown electoral ward has shown an increase over last month recording 64 males and 22 females registered as unemployed. This compares to the previous month of December when the figures were 57 Males and 22 Females.

The total for all Caithness and Sutherland electoral wards in January 2007 was 747 with an unemployment rate of 3.2%.

Pulteneytown is still the highest witha combined male /female rate of 5% but for men it is 6.8% whilst for women it is 3%.