Residents of Britain's most remote inhabited island have stepped up efforts to move towards a cleaner energy system.

The people of Foula off Shetland have signed up to the Clean Energy Transition Pledge, which commits them to producing a decarbonisation plan over the next 12 months.

With a population of 35, Foula lies 20 miles to the west of mainland Shetland. The island has been providing its own electricity since the creation of the FET in 1982. Currently generation is in the form of a hybrid scheme, incorporating wind, hydro and solar input, all backed up by two diesel generators.

Recently Foula implemented a 24hr supply and are upgrading their current renewable technologies to make the island more sustainable and secure. FET hopes that producing a collaborative decarbonisation plan with all the island stakeholders over the next 12 months will allow the island to further its ambition to be fully carbon neutral in the future.

Magnus Holbourn, director of FET attended the first event of the Clean Energy for EU Islands Forum held in Stockholm last month to start scoping the work and discover opportunities that this could bring to Foula. The event focused on the decarbonisation of EU islands, technology solutions available and highlighted inspiring examples from other islands.

Magnus, said: "We were inspired by the attendance at the Stockholm event and felt that there is potential for others in similar remote locations to look at cleaner energy options. The islanders held a meeting and unanimously decided that Foula should sign up to this pledge. The folk that live here are very conscious of the negative things happening to the climate as a result of fossil fuel emissions and so we were delighted to be have this opportunity to be a pioneering island. We really hope that what we do here on Foula can inspire other people to get behind a transition to low carbon living."

Foula is one of six islands in the Highlands and Islands that were successfully selected as ‘pioneering islands' in the Clean Energy for EU Islands programme announced in February.

HIE supported them in their application through its local carbon energy support framework which assists in the early stage of development.

Melanie Macrae, senior development manager at HIE, said: "Foula is a great example of a community that is demonstrating the ability and ambition to be recognised as low carbon and ultimately carbon neutral. The renewable clean energy options that are available to those in off-grid islands are abundant and communities such as Foula can promote themselves as a leader in transitioning to a low carbon Scotland. We recognise that a resilient, affordable and low carbon energy supply is one of cornerstones of sustainable community living in remote and rural areas."

Neil Grant, director of development services, SIC, said: “I am delighted that two of our island communities are committing to this initiative; it is a great opportunity to develop and exchange knowledge.”

Juan Brown, SNH Operations Officer (Shetland), added:“Foula is a place of outstanding natural heritage, and we look forward to working with the community to support them in their quest towards sustainable, green power.”

The off-grid communities at Knoydart, Rum and Eigg and Fair Isle are joining the islands on this energy transition agenda and will be signing the pledge soon.

The other islands chosen in a competitive process as an ‘off-grid consortium’ to work together on their decarbonisation agendas are the Isle of Canna, Eigg, Rum, Muck and Fair Isle. 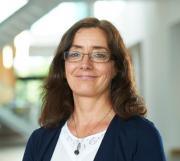 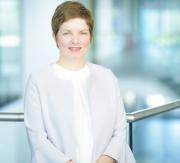