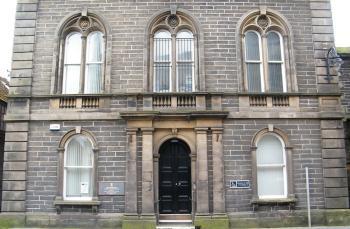 The total number of people proceeded against in Scottish courts fell by 46% to 46,497 in the year to 2020-21, according to National Statistics published by Scotland's Chief Statistician today.  The number of people convicted fell at a similar rate, down 44% to 42,532.
[Other Public Services]
11/1/2021

Justice Secretary Humza Yousaf has responded to the Lord President's decision to reduce the number of criminal trials as part of efforts to reduce the transmission of coronavirus (COVID-19).   The Justice Secretary said:"I welcome the Lord President's decisive action, which balances the interests of justice with the very serious public health challenges presented by the new variant of the coronavirus (COVID-19).
[Other Public Services]
9/4/2013

Highlands & Islands Labour MSP David Stewart has hit out at plans revealed by the Scottish Court service which indicate that there are plans to close 10 of Scotland’s Sheriff Courts and seven JP Courts.   David Stewart said “It appears that the Government plan to make savings by closing 10 Sheriff Courts across the country.
[Other Public Services]
23/9/2012

With the Scottish legal system about to embark on the most significant changes in over a century, The Scottish Court Service (SCS) has today launched a three month consultation on its proposals for court services in the High Court, sheriff courts and justice of the peace courts.   Civil and criminal justice will be reformed in the coming years following the recommendations arising from the reviews by Lord Gill, Lord Carloway, Sheriff Principal Bowen and the forthcoming Victims and Witnesses Bill.
[Other Public Services]
20/9/2012

Highlands & Islands Labour MSP David Stewart has hit out after the Scottish Court Service today launched their consultation on court closures.   The move means that 11 of Scotland's 49 Sheriff Courts and 5 Justice of the Peace Courts are threatened with closure.