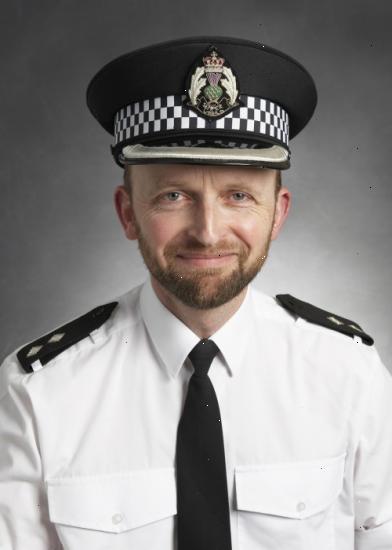 Third time's a charm for Chief Inspector Matthew Reiss as he returns to Caithness, Sutherland and East Ross as Area Commander

They say third time's a charm and that's certainly true for Chief Inspector Matthew Reiss as he returns to his favourite area of the Force next month.

The newly promoted Chief Inspector takes over the role of Area Commander for Caithness, Sutherland and East Ross on November 2 following the recent departure of his predecessor Chief Inspector Andy Brown.

Chief Inspector Reiss is delighted to be returning to an area he has enjoyed two previous postings, Wick as a PC and then as a Sergeant and subsequently an Inspector in Thurso.

Chief Inspector Reiss said: "I am absolutely delighted to be returning to Caithness, Sutherland and East Ross for the third time during my service.

"I will do my utmost to deliver a practical and robust form of policing to ensure the continued wellbeing of the communities in one of the most picturesque area of the Force."

He added: "I know that Inspectors Angus MacInnes, Ramsay Aitken and myself will form a hard working and productive team to ensure that Caithness, Sutherland and East Ross remain safe places to live and work."

Chief Inspector Reiss began his career as a PC in Wick in October 1985 and stayed there for 18 months before transferring to Benbecula in South Uist for two years. In 1989 he moved to Aviemore and enjoyed three years of Policing against the stunning backdrop of the Cairngorms.

After that Chief Inspector Reiss was transferred to Inverness before being promoted to Sergeant in Thurso in 1996. In April 2001 he was promoted again to Inspector and remained in Thurso in that role until March 2005. He then became Partnership Development Officer based between Highland Council HQ and Police HQ in Inverness.

In April 2008 he took up a new post created by the Force's Strategic Review, Operations Inspector for Ross and Cromarty Area Command.