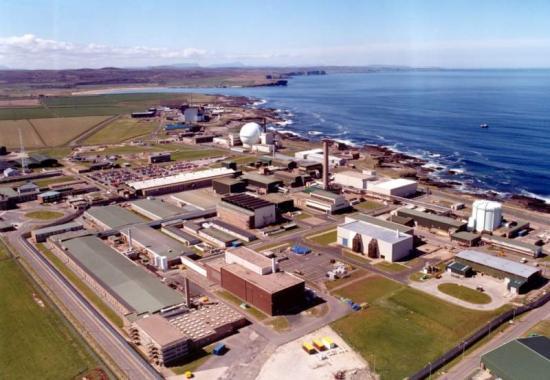 The NDA has stated there will be no job losses and that socio-economic benefits will remain.

DSRL is responsible for the safe and secure clean-up of the NDA's Dounreay site in Scotland, while LLWR manages and operates the NDA's Low Level Waste Repository in Cumbria and the provision of waste disposal treatment services.

NDA Chief Executive, David Peattie, said:These announcements are part of a strategic plan to build a strong and cohesive NDA group and drive more effective and efficient nuclear clean-up and decommissioning. The decisions follow similar changes at Sellafield and Magnox, where the benefits of working more closely and delivering cross-group synergies are already being felt.

I'd like to thank the parent body organisations for the important contributions they have made to UK nuclear clean-up and decommissioning. We have seen significant progress at Dounreay, which includes the opening of permanent disposal facilities to house low-level waste. It has also seen hazard reduction in the completion of a major project to remove nuclear materials from the site, which was a priority for the UK government and an important part of the NDA’s strategy.

At LLWR, significant changes to how we manage and dispose of low level waste have been successfully delivered under the parent body organisation. Implementation of these changes not only averted an immediate capacity issue at the Repository, they also extended the lifetime of the facility by more than 100 years, mitigating the requirement for a second low level waste repository at an estimated cost of over £2 billion.

DSRL ownership will transfer to the NDA from the Cavendish Dounreay Partnership, a consortium of Cavendish Nuclear, Jacobs and Amentum, in March 2021. LLWR ownership will transfer from UK Nuclear Waste Management Ltd (UKNWM), a consortium of Amentum, Studsvik and Orano, in July 2021. Prior to ownership transfers, DSRL and LLWR remain under the management and direction of their respective parent body organisations.

The supply chain and the private sector remain essential to the NDA mission. A number of constituent companies within the parent body organisations continue to support the nuclear clean-up and decommissioning work through other existing contracts, which are unaffected by this announcement.

Dounreay has awarded a major contract as the world's deepest nuclear clean-up job gets underway.   Dounreay Site Restoration Ltd (DSRL), on behalf of the Nuclear Decommissioning Authority, awarded the £7.5 million contract for "advanced transition works" at the 65 metre deep shaft and silo to Nuvia and its partner Graham Construction, through the site's decommissioning framework following a competitive tendering process.