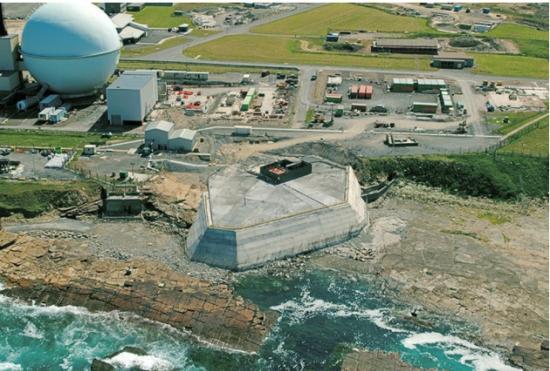 Dounreay has awarded a major contract as the world's deepest nuclear clean-up job gets underway.

Dounreay Site Restoration Ltd (DSRL), on behalf of the Nuclear Decommissioning Authority, awarded the £7.5 million contract for "advanced transition works" at the 65 metre deep shaft and silo to Nuvia and its partner Graham Construction, through the site's decommissioning framework following a competitive tendering process. Nuvia is an international nuclear engineering, project management, products and services contractor.

The work will include the rerouting of existing services as well as minor construction and demolition works, preparing the 2 waste facilities to be emptied of legacy higher activity waste.

DSRL Programme Delivery Director, David Hubbard, said:The shaft and silo contain solid waste and sludge which must be retrieved and repackaged for safe above-ground storage. I'm very pleased that we are one step closer to the clean up of these historic waste facilities through the award of this contract.

Physical work on site is expected to take place in late autumn 2020. In the meantime the company has been delivering activities remotely.

DSRL is the site licence company responsible for the clean-up and demolition of Britain's former centre of fast reactor research and development. A wholly-owned subsidiary of the Cavendish Dounreay Partnership, it is funded by the NDA to deliver the site closure programme.

The Dounreay waste shaft. Shaped like a cylinder, 4.6 metres across and 65.5m deep, it was excavated in the 1950s to allow the removal of rock spoil during construction of an under sea tunnel that would be used for the discharge of low level liquid effluent to the sea. On completion a concrete plug was used to separate the shaft from the tunnel and it was allowed to fill with groundwater.

In 1958 the Scottish Office authorised the UKAEA to use the shaft as a disposal facility for radioactive waste. Today, no-one would authorise such a facility because much better techniques are available for the management of such waste - but it does illustrate how very different the thinking was in the 1950s and how knowledge has increased.

More than 11,000 disposals took place until 1977, when some sodium reacted with the water, ignited and blew off the roof. The radioactive waste is all beneath the water and the blast occurred in the gas space above it, so forcing the roof off. The environmental consequences of this were minimal but it has generated a lot of media interest in the past.

Dounreay Site Restoration Limited (DSRL) has announced the appointment of Mark Rouse as its Managing Director.   Mark took up the position of Managing Director in March 2020 but will now move from the current parent body organisation to Dounreay Site Restoration Limited to continue leading the business when it becomes an NDA subsidiary on 1 April 2021.