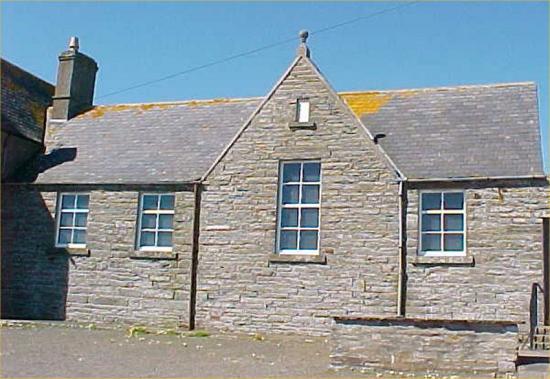 The Caithness Broch Centre opens to the public on Saturday 25 July with a day of activities and talks. The centre, based in Auckengill Old School, takes over where the Northlands Viking Centre left off some three years ago. The new facility, collaboration between Caithness Archaeological Trust, National Museums Scotland and The Highland Council, will celebrate the extraordinarily rich archaeology landscape of Caithness.

The county has an abundance of chambered cairns, brochs, stone circles, settlements, castles and harbours. Central to understanding of Scottish prehistory in the centuries before the formation of the Scottish nation are the brochs - large stone towers built over 2000 years ago. Caithness has more brochs per square mile than any other region and the area in and around Sinclair Bay on the north coast of Caithness is unique. It has the densest distribution of brochs in Scotland and has seen more broch excavations than any other area.

The Caithness Archaeological Trust (CAT) has led on the project since the outset and has overseen the transformation of this Highland Council facility. National Museums Scotland is lending a substantial collection of relevant material for display in the state-of-the-art display cases. The 150 items include gaming pieces, painted pebbles, spindle whorls and stone balls, rings and combs, Roman pottery and tweezers - among many more items from the same period.

The programme for the day kicks off at 10.30am with an introductory tour of the exhibition by Dr Andy Heald who has been involved in the project from the start. Soon after he will run a guided tour down to the nearby Nybster broch. There will be a treasure hunt and other activities for children run by the new heritage attendants Elizabeth Munro and Shonagh Maclennan and in the afternoon by the Ranger Dieter Tuerlinckx.

The public will be pleased to know that there are smart new toilets, with disabled access. It is envisaged that these will quickly become a must-stop en route to John o' Groats.

The project has been funded by Highlands and Islands Enterprise, Heritage Lottery Fund, Highland 2007, Highland Leader, The Highland Council and supported in kind by National Museums Scotland.

Bill Fernie, Chairman of The Highland Council's Education, Culture and Sport Committee, says: "I am very pleased that we are now able to present an important element of the history and archaeology of the north in great new setting. The new visitor centre will add to the growing list of places of interest for both local people and visitors to find out about the area and its past. Caithness has been called Broch Central due to the many brochs and standing stones to be found - one of the largest concentrations in Scotland and now will be able to really let people know about them. "

Malcolm Caithness, Chairman of CAT says "What has been achieved is an excellent example of the local community, community groups, National Museums Scotland and Highland Council working together to create this exciting new Caithness Broch Centre. It is as much about the people living today as their ancestors who excavated the brochs in Victorian times and those who built them two thousand years ago. It is highly appropriate that Caithness should have such a high quality attraction given it in the broch centre of the UK."

Dr David Clarke, Keeper of Archaeology, National Museums Scotland, says: "We are delighted to be lending these important items to the Caithness Broch Centre. This is an excellent example of how our active loans programme ensures that Scotland's national collections can be linked to their local heritage and landscape and appreciated by as wide an audience as possible."