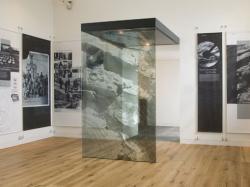 Caithness has one of the richest archaeology landscapes in Scotland. The county has an abundance of chambered cairns, brochs, stone circles, settlements, castles and harbours

Central to understanding of Scottish prehistory in the centuries before the formation of the Scottish nation are the brochs - large stone towers built over 2000 years ago.

Caithness has more brochs per square mile than any other region and the area in and around Sinclair Bay on the north coast of Caithness is unique. It has the densest distribution of brochs in Scotland and has seen more broch excavations than any other area.

The Caithness Broch Centre is home to an ambitious and innovative display that presents a new story of the prehistory of the north coast of Caithness during the time of the brochs.

The Caithness Broch Centre opens to the public on Saturday 25 July with a day of activities and talks.  The centre, based in Auckengill Old School, takes over where the Northlands Viking Centre left off some three years ago.