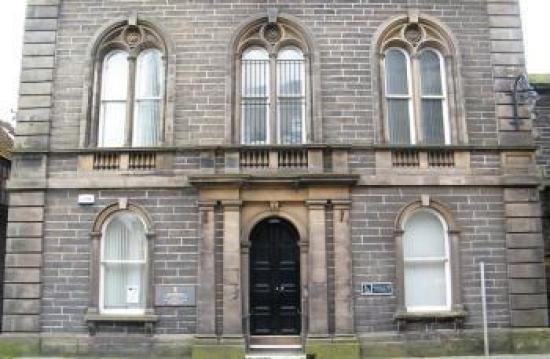 Highlands & Islands Labour MSP David Stewart has hit out at plans revealed by the Scottish Court service which indicate that there are plans to close 10 of Scotland’s Sheriff Courts and seven JP Courts.

David Stewart said “It appears that the Government plan to make savings by closing 10 Sheriff Courts across the country. In the Highlands the Courts affected will be Dingwall and Dornoch.

Mr Stewart continued “ This is a very short sighted plan. Logic will lead you to understand that on one hand the Government may save money by closing a Court building, but they will not have made any real savings, because victims and other witnesses will have to travel further and longer to attend Court, so there will be a dramatic rise in incidental expense claims by such people. I understand that Government and the Scottish Court Service plan to reduce the Courts budget from Ł20million to Ł4 million or by 20%.

Mr Stewart went on “Attending Court is a daunting experience at any time, but making vulnerable victims and witnesses, travel much greater distances than they already have to , is ludicrous. Yes, there will be savings in building and associated costs, but any real savings will be lost to the increased expenses having to be claimed by all who have to travel much further to attend Court. This is not to mention increased costs for the extra distance accused persons will have to be escorted. There will also be associated knock on costs to the police service where officers need to appear as witnesses – it will mean higher costs and less bobbies on the beat.I note in the report that they acknowledge that there will be additional travel and inconvenience to some”.The Government need to have a rethink of this plan, carry out a proper consultation exercise and apply common sense and logic to such plans before they implement them”

The recommendations, if adopted by ministers and approved by MSPs, would see the closure of 10 of the existing 49 sheriff courts in Scotland, including nine co-located justice of the peace courts. These are:

The court service also proposes to close seven stand-alone justice of the peace courts at:

Justice Secretary Humza Yousaf has responded to the Lord President's decision to reduce the number of criminal trials as part of efforts to reduce the transmission of coronavirus (COVID-19).   The Justice Secretary said:"I welcome the Lord President's decisive action, which balances the interests of justice with the very serious public health challenges presented by the new variant of the coronavirus (COVID-19).
[Other Public Services]
23/9/2012

With the Scottish legal system about to embark on the most significant changes in over a century, The Scottish Court Service (SCS) has today launched a three month consultation on its proposals for court services in the High Court, sheriff courts and justice of the peace courts.   Civil and criminal justice will be reformed in the coming years following the recommendations arising from the reviews by Lord Gill, Lord Carloway, Sheriff Principal Bowen and the forthcoming Victims and Witnesses Bill.
[Other Public Services]
20/9/2012

Highlands & Islands Labour MSP David Stewart has hit out after the Scottish Court Service today launched their consultation on court closures.   The move means that 11 of Scotland's 49 Sheriff Courts and 5 Justice of the Peace Courts are threatened with closure.