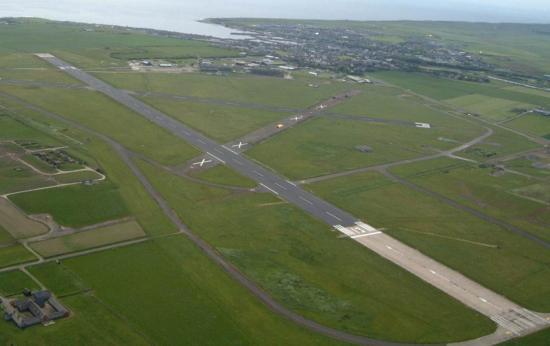 Latest figures show the number of passengers using the airports in February increased by 5.9% to 92,607, compared to February 2013.

There was particularly strong growth at Sumburgh (up 30.4%) with increased demand from the energy sector and a rise in passengers flying between Shetland and Aberdeen. A multi-million pound terminal redevelopment to accommodate forecast growth in the energy sector is to be unveiled in the coming weeks.

At Inverness, passenger numbers grew by 3.7% as a result of growth on the Amsterdam, Belfast, Bristol, Birmingham and Manchester routes. The launch of a new winter ski route to Geneva also boosted passenger numbers.

Passenger numbers were also up at Kirkwall, Stornoway, Islay and Campbeltown.

Numbers fell at Barra and Benbecula as a result of recent cuts to the inter-island schedule, and at Tiree. Passenger numbers were also down at Wick John O’Groats following the scheduled withdrawal of Chevron’s helicopter operations.

At Dundee, reduced capacity on the London City route resulted in a drop in passenger numbers. A new twice daily Loganair service to London Stansted, the UK’s fourth busiest airport, serving 140 destinations, is due to begin later this month.

Inglis Lyon, Managing Director of HIAL, said: “The unprecedented growth at Sumburgh is fantastic news for the local economy and underlines the important role the airport plays as a major energy hub for Scotland.

“Continued growth in the energy sector and in scheduled services means we need to invest for the future to accommodate the forecast growth in demand. In the coming weeks, we will be announcing plans for a major redevelopment of Sumburgh to enable future growth.

“We are confident we can attract more energy related business to our airports, particularly Wick John O’Groats and Sumburgh. The recent agreement between BP and Eastern to operate energy related flights between Aberdeen and Sumburgh is a sign of the potential for growth.

“Recent schedule changes are continuing to have an impact on inter-island flights in the Western Isles, though last month’s increase in demand at Stornoway was welcome news. At Inverness, international traffic has been boosted by the continuing success of the city’s Amsterdam service and the launch of a new winter service to Geneva, which we hope will return next winter, while the domestic market appears buoyant. The launch later this month of easyJet’s expanded service to London Gatwick is further good news for the domestic sector, particularly for business travellers.

“At Dundee, we are looking forward to the launch of a new twice daily service to London Stansted, one of the UK’s biggest and best connected airports, and a popular choice for business and leisure travellers.”