Thurso Cemetery Footbridge to be Replaced 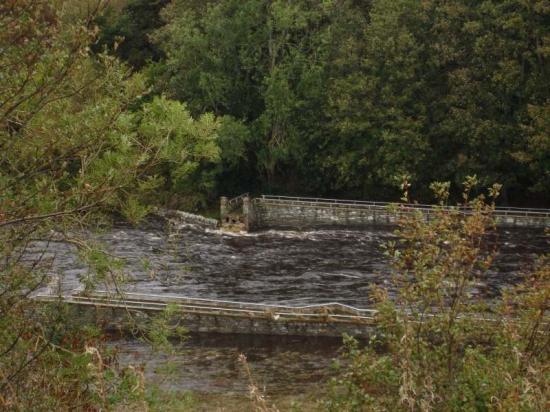 A footbridge, which forms an important pedestrian link to Thurso Cemetery, is to be replaced by The Highland Council at a cost of Ł400,000. The bridge was lost in the floods of October 2006 - and with it went one of the town's most popular walks.

It has been established that the former Thurso Town Council owned the footbridge and a path linking it to the cemetery and the Council's Transport Environment and Community Services today (Thursday 24th January 2008) agreed that the replacement should funded from the Council's capital programme and maintained by the Council.

Councillor John Rosie, Thurso, warmly welcomed the go ahead for the project.

He said: "This is a much cherished walk in one of the most beautiful and scenic areas of Scotland and the bridge replacement was a major topic during the council elections.

"There will be lots of very happy people in Thurso today who will be looking forward to again having the pleasure of this area restored to them. I hope the work will start immediately as there is not a moment to lose."

The committee also agreed to build a new bridge at Lythmore, Caithness The road has been re-aligned over a temporary bridge due to the collapse of the west abutment The temporary bridge will be made permanent and the existing bridge demolished The cost is estimated at Ł170,000. Watten Bridge is also to be repaired at a cost of Ł36,000.

Committee Chairman Councillor John Laing said he was delighted that the Council was able to proceed with the three Caithness projects.

Photo shows the scene at thurso river during the Floods in October 2006 when Highland was hit with very heavy rainfall.
See www.caithness.org/archives/2006/october2006.htm for many more photosof flooding in Caithness at that time.

Members today approved a modest 3% rent increase for residential rents and service charges following detailed consultation with tenants.   The increase will result in a rise in the average weekly council house rent from ÂŁ75.38 to ÂŁ77.74 (ÂŁ2.26), which means that Highland rents are still 8th lowest of the 26 councils which retain housing.
[Local Authority]
12/2/2020