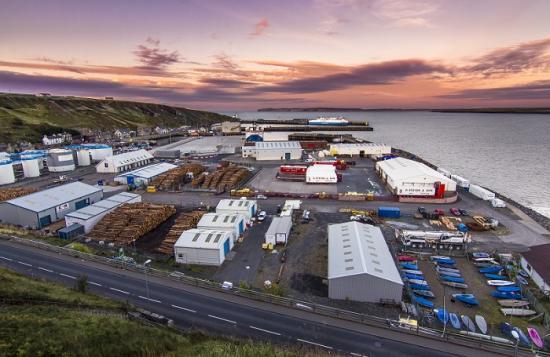 Scrabster harbour has set out a tendering process for major new works at the harbour.

The procurement notice sets out what is required from tendering companies for the multi-million pound contract.

Negotiated procedure with prior call for competition under the Utilities Contracts (Scotland) Regulations 2016 for the procurement of a Design and Build Civil Engineering Contractor for the St. Ola Pier Redevelopment at Scrabster Harbour, Thurso, Scotland.

Redevelopment is required to suit the proposed dredging of the inner and outer berths to accommodate cruise vessels (with direct access to quayside coaches and taxis for day-trippers) and ongoing oil/gas supply vessels (who need reliable accessible service berths with adequate loading provision for cranes and equipment). The outer berth will be dredged to -9mCD and the inner berth to -7.5mCD. Overall dredging is circa 150,000m3 of mainly sands & gravels.

The works required include partial demolition of the existing pier, reconstruction with marine piling, dredged/imported filling, tie rod installation, concrete deck slab & reinforced concrete capping beams as well as dredging & spoil disposal (likely to sea disposal site and partially re-used in the works). The layout of berths on the existing pier is to be altered slightly to deliver a uniform quay width of 32m to maximise functionality and provide a straight berth alignment on each side. The pier redevelopment is circa 280m long x 32m wide.

Land reclamation and rock armoured revetment construction are proposed towards the Queen Elizabeth (QE) Pier to support the pier development and improve queuing/access to the Orkney Ferry. This reclamation may use imported rockfill or reused dredged material.

A potable water supply and a fuel supply will be re-routed from the existing Jubilee Pier in a dredged trench in the seabed to the Ice Pier and onwards around the harbour to the reconstructed St. Ola Pier.

There has been significant reinvestment made in the harbour over the last 10 years to improve the facilities offered to clients. To date, £35 million has been spent since 2001. The most recent projects include the creation of the new Jubilee Quay in 2013 and the acquisition of a new workboat the Highlanders in 2014.

The full procurement documents can be viewed at -

Leask Marine have recently completed the decommissioning of the redundant 160 tonne Ola Pier linkspan as part of the redevelopment at Scrabster Harbour, Caithness.   The project included the preparation works of dismantling of the linkspan ramp from the existing pier, placing in temporary support beams to the linkspan prior to the cutting works, removal of the tar from the linkspan road surface, cutting and dismantling the support towers and cutting the actual linkspan into firstly pieces.
[Other Public Services]
21/6/2017

A new multi-million pound redevelopment at mainland Scotland's most northerly port, Scrabster Harbour, is already reaping the benefits, only two months after coming into operation.  Scotrenewables Tidal Power Ltd, based in Orkney, has chosen Scrabster as the location for their most recent operations and maintenance work on their prototype tidal turbine, the SR250.