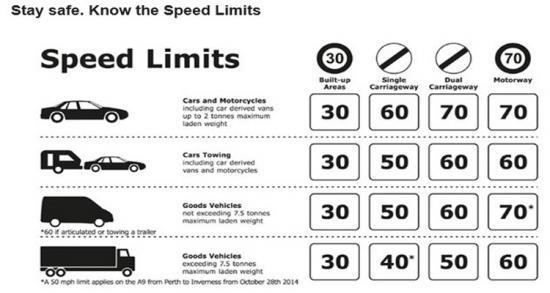 Police Scotland can confirm that two men have been charged in relation to two vehicles detected travelling at 131mph on the A9.

The two vehicles were seen by road policing officers near Arpafeelie on the Black Isle north of Inverness shortly after 11.15pm on Wednesday, February 20.

Two men - aged 30 and 25-years-old - have been charged and reported to the Procurator Fiscal.

They are expected to appear at Inverness Sheriff Court at a later date.

Road Policing Inspector Neil Lumsden said: "It should go without saying that travelling at such high speeds can have catastrophic consequences.

"Please slow down, respect the safety of other road users and if you're tempted to speed then think about what the consequences of this choice could be.

"It is disappointing that drivers are willing to put themselves and others at such risk. Convictions for road traffic offences like this can result in a fine, penalty points, disqualification or even imprisonment - and the consequences of any collision could be even more serious.

"Road safety is a priority for Police Scotland, and we continue to encourage drivers to take responsibility for their driving.

"I would also ask anyone with concerns regarding the manner of someone's driving to contact Police as a matter of urgency on 101. Always dial 999 in an emergency."

Speed limits on the A9 road.