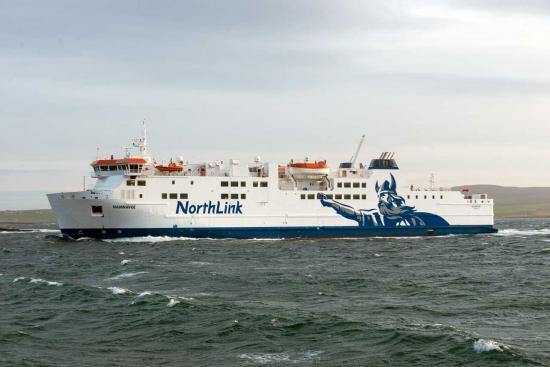 Serco, the international service company, has been selected as preferred bidder to continue managing and operating the lifeline Northern Isles Ferry Services for passengers and freight between the Scottish mainland and the Orkney Islands and Shetland Islands, providing essential access and supplies for the islanders. The outcome of the tender was announced by the Minister for Energy, Connectivity and the Islands to The Scottish Parliament this morning.

There is currently a mandatory standstill period following the appointment decision. The new contract will ensure continuity of service, is anticipated to start in the fourth quarter and has a total estimated revenue value to Serco of approximately £450m over the initial six-year term. There is an option for Scottish Ministers to extend the contract for a further two years, valued at a further £160m.

Serco will build on the strengths and experience gained over the past seven years of operating the NorthLink Ferries franchise. Key features and improvements will include:

· continuing to undertake the planned maintenance and dry docking of the vessels in Scotland, to ensure strong levels of resilience with reduced time away from service;

· improvement of the terminal facilities at Hatston, Kirkwall in the Orkney Islands, and enhanced passenger information systems at all the terminals;

· a new demand analysis and forecasting model to inform and improve accuracy and confidence in passenger and freight requirements; and

· a new ‘Green Travel' campaign aimed at customers and employees, together with a new Carbon Reduction strategy to reduce emissions.

Rupert Soames, Serco Group Chief Executive, said: "We are delighted to have been awarded this contract by Scottish Ministers. We are very proud of our track record over the past seven years, during which time we have improved almost every aspect of the lifeline service for the communities and businesses of the Northern Isles, while also reducing materially the annual subsidy and thereby reducing the burden on the Scottish taxpayer. We look forward to further improving the service in the coming years."

Since Serco first began managing the service in 2012, all aspects have been improved in terms of customer satisfaction, reliability, safety and community support. Passenger numbers have increased by 18%, vehicle traffic by 38% and freight volumes by 24%. Reliability performance is 99.97%. Employment of people from the local communities has increased by 18% and Serco NorthLink Ferries is the first Scottish ferry company to achieve Investors in People Gold rating. Furthermore, Serco sources over 80% of food, beverage and retail services from within a 50-mile radius of the operating ports, an increase from 12% since 2012. Since 2013 the vessels have undergone significant upgrade and improvement including: new and additional reclining pod seats; upgraded premium cabin facilities; new locally sourced Glencraft mattresses for all cabins; and the new Magnus lounge and shower facilities for those not travelling in a cabin.

The preferred bidder to deliver ferry services to the Northern Isles was confirmed today as a substantial package of fare reductions to be introduced by Scottish Ministers for Orkney and Shetland islanders was also unveiled.

Serco NorthLink Ferries have been selected as the preferred bidder to operate the next contract for the Northern Isles Ferry Services (NIFS) network, providing continuity and the provision of high-quality, affordable ferry services that will be welcomed by local communities.

Just some of the benefits of the new contract, details of which will be published following contract award, include the upgrade of ten cabins to premium class, upgraded terminal facilities at Hatston, and improved customer communications and services.

On fares, the Scottish Government is taking action to ensure that from January islanders will be able to enjoy a 20% year round discount on cabin fares on Aberdeen-Kirkwall-Lerwick routes, and benefit from a three year fares freeze for passengers, non-commercial vehicles and cabins on those routes.

Minister for Energy, Connectivity and the Islands, Paul Wheelhouse, said:"The Scottish Government remains fully committed to high quality ferry links to the Northern Isles so I am delighted to announce Serco NorthLink as the preferred bidder to operate these services for a further eight years.

"In addition to the new contract, the Scottish Government is also helping island residents with a package of fare reductions. Building on the 30% discount for passenger and vehicle fares already enjoyed by islanders, cabin fares on routes from Orkney and Shetland to and from Aberdeen will be reduced by 20% from January, and we will also introduce a three-year islander fares freeze for passengers, non-commercial vehicles and cabins on those routes.

“We have placed our island communities at the heart of the new contract and as preferred bidder Serco are making some exciting new customer focused enhancements. These include an extra ten premium cabins on the Aberdeen-Kirkwall-Lerwick routes, a full refurbishment of the terminal lounge at Hatston, earlier boarding at Aberdeen harbour and extended opening hours of NorthLink's customer services centre.

“We are acutely aware of the particular seasonal and time-sensitive challenges faced by key industries on Orkney and Shetland. The new contract includes the flexibility to allow timetabled freight and ferry services to be amended to better reflect changes in demand across the year and from sector to sector. We want to support the key areas of tourism, fishing, food and drink, aquaculture and farming and help Orkney and Shetland's economies to thrive. These new arrangements will help support that.

“The new contract also reflects the Scottish Government’s commitment to the Fair Work Framework, providing pension protections and security of employment for the staff involved in the delivery of the ferry services.

“It is important to remember that Scottish Ministers will retain control of all of the key issues, such as fares and timetables through the public service contract, and I look forward to continuing to build on our strong working relationship with Serco NorthLink Ferries in the months and years ahead."

The MV Hamnavoe is due to be in dry dock from 13th to 26th January 2020 (inclusive), and there will be additional north and southbound calls into Kirkwall by the MV Hrossey and MV Hjaltland.  During this time the MV Helliar will provide a replacement service on the Pentland Firth route.
[Air / Bus / Rail / Ferry Services]
2/7/2019 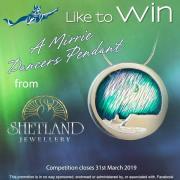 Whether it's a day of pampering and relaxation or one of adventure and activities, Mother's Day is always the perfect opportunity to remind mums how special they are.   As sons and daughters travel this weekend to see their mums, NorthLink Ferries is helping those still searching for that perfect gift by offering the chance to win a beautiful handmade pendant from Shetland Jewellery.
[Air / Bus / Rail / Ferry Services]
5/3/2019

Serco NorthLink Ferries has been commended by the Minister for Energy, Connectivity and the Islands, Paul Wheelhouse, for developing young people from Shetland and Orkney and becoming the first and only ferry operator in Scotland to receive the highest Investors in People accreditation.   As part of National Apprenticeship Week 2019, 11 apprentices with NorthLink Ferries met the Minister at NorthLink's Stromness office where they discussed the benefits of modern apprenticeships and the opportunities being presented to them by Serco, the operator of the lifeline ferry service.
[Air / Bus / Rail / Ferry Services]
5/3/2019

NorthLink Ferries is set to star in a new STV documentary on Friday (08 March 2019), providing viewers across the country with a unique insight into life on board the company's passenger services.   Titled All Aboard and broadcast at 8pm, the 30 minute programme follows MV Hrossey as she travels between Aberdeen and Lerwick, offering a behind the scenes chance to see the many roles of crewmembers as well as a glimpse into island life and the stories of those making their way to and from the mainland.
[Air / Bus / Rail / Ferry Services]
16/1/2019

NorthLink Ferries has published timetables confirming arrangement for the regular planned maintenance of its passenger vessels, with one vessel at a time due to be out of service between 13 January and 25 March 2019.   MV Hamnavoe, which operates between Scrabster and Stromness, will be removed from service for five days from 13 - 19 January and MV Hjaltland and MV Hrossey on the Aberdeen to Kirkwall and Lerwick route from 2 - 18 February and 19 - 25 March.
[Air / Bus / Rail / Ferry Services]
19/7/2018

Northern Isles ferry operator NorthLink Ferries has reported a 10 per cent increase in the volume of passengers who have travelled on the route network since the firm took over running the lifeline ferry service in July 2012.   The passenger increase coincides with recent VisitScotland tourism figures which highlighted a rise in visitors to Orkney by 20 per cent since 2013, while the number of visitors to Shetland increased by 10 percent over the same period.