With Scottish Bakers members out in force for their annual conference in Glasgow, the baker was presented their prize by Scottish Bakers' Ambassador Mich Turner MBE.  He said, "With nearly 500 products from 57 bakers entered and with each product assessed for appearance, the quality of the bake and taste, Reids of Caithness should be very proud of their success.
[Other Public Services]
11/5/2022

Two large redundant items that were removed from Dounreay's facilities have now left the site for disposal or diversion, opening up new waste routes.   Dounreay in partnership with Nuclear Waste Services and its contractor Cyclife first trialled an alternative treatment option for the site's metallic waste in 2019, when 66 tonnes of redundant metal equipment were sent to Cyclife's specialist facility for recycling.
[Libraries, Museums & Galleries]
11/5/2022

Still Time To Keep The Heid 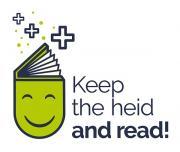 Readers young and old are being challenged to spend six minutes reading on Wednesday 11May 2022.   It is part of Keep the Heid and Read campaign, a Scotland-wide reading initiative led by The Scottish Library and Information Council.
[Educational Institutions]
10/5/2022

Initial consultation finds support for proposed college merger project THE first phase of consultation around the proposed merger of UHI North Highland, UHI Outer Hebrides and UHI West Highland has concluded.   The majority of respondents were supportive of the rationale for the merger and the overall direction and vision for the proposed new college.
[Advisory / Counseling Services]
9/5/2022

All-Energy is back for its 21st anniversary and the first face-to-face event in two years.   In conjunction with Highlands and Islands Enterprise (HIE), the region's businesses will exhibit on the HI-energy pavilion, which once again will host the largest regional presence at the show.
[Advisory / Counseling Services]
9/5/2022

Keep The Heid And Read This Wednesday 11th May

Readers young and old are being challenged to spend six minutes reading on Wednesday 11May 2022.   It is part of Keep the Heid and Read campaign, a Scotland-wide reading initiative led by The Scottish Library and Information Council.
[Local Authority]
6/5/2022

The Highland Council and their development partners Hub North Scotland (Wick) ltd have agreed that reinstatement works for a section of wall cladding for the games hall at Wick Community Campus will be carried out during the coming summer holiday period.   This is to minimise disruption to the building users, in particular pupils at Wick High School, who are currently undergoing national exams until June.
[Local Authority]
29/4/2022

The fourteen categories will be open for nominations and entries from 21 April.  Entries can be made online at www.hifoodanddrinkawards.com before the closing date of the 31 May.
[Advisory / Counseling Services]
24/4/2022

HIE and Scottish Enterprise (SE) teamed up to run the project, aimed at helping companies meet the growing requirement to accurately forecast their environmental impacts.   The two-month pilot recognised that environmental impact is increasingly becoming a deciding factor in a company's overall attractiveness to investors and customers.
[Hotels & Inns]
14/4/2022

Murray and Ellie Lamont have decided to retire from running Mackays hotel.   The business has been in the family for 67 years being run by 3 generations.
[Local Authority]
14/4/2022

New funding has been secured for the Spirit of the Highlands and Islands project to create innovative and interactive digital content showcasing people's stories of the region.   The grant comes from the Natural and Cultural Heritage Fund (NCHF), led by NatureScot and part-funded by the European Regional Development Fund (ERDF).
[Advisory / Counseling Services]
6/4/2022

Highlands and Islands Enterprise (HIE) and Wildland Limited have signed a memorandum of understanding relating to the development agency's plans to establish a satellite launch site in Sutherland.   Space Hub Sutherland will be sited on the A’ Mhoine peninsula, within the community-owned Melness Crofters Estate and next to land owned by Wildland.