Unemployment Rates In Highland and Islands To September 2007 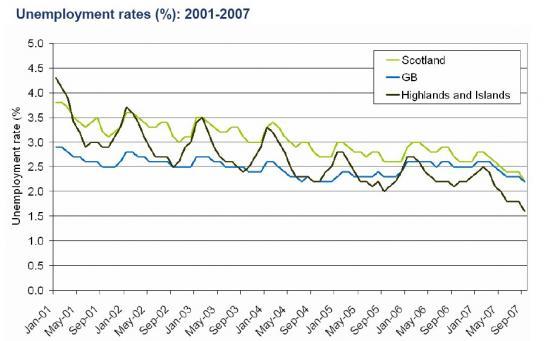