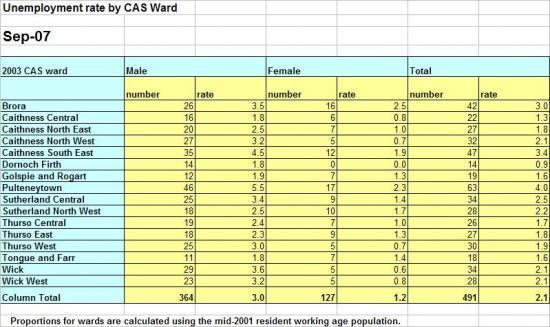 Over the year to September 2007, the claimant count fell in all 20 TTWAs. Wick experienced the greatest decrease over the year falling by 1.4%.