The Leader of The Highland Council, Councillor Margaret Davidson, has written to Kevin Stewart MSP, Minister for Local Government, Housing and Planning to raise concerns following the publication of proposals by the Local Government Boundary Commission and to call for a meeting to fully discuss the issue.

The Council established a Cross Council Working Group of members to consider these proposals. This group strongly felt that the changes proposed by the Boundary Commission fail to recognise the specific Highland context, particularly in relation to parity, sparsity, rurality and deprivation and, if implemented, would result in a significant democratic deficit and in a way that is at odds with the purpose of the boundary review which was meant to be specifically focused on reflecting the requirements of the Islands (Scotland) Act.

In particular the Council wishes to see a lift of the cap on total Councillor numbers and the provision of greater discretion in the application of parity ratios. At a Council meeting held in September to discuss the issue this view was endorsed across the Chamber and it was agreed that the council reject the Boundary Commission proposals in their entirety as they stand and instead contact the Minister to seek a review of the Commissions remit in regard to rural local authorities.

Councillor Margaret Davidson said: "I have written informing the Minister of the position of the Council which is that we did not accept that the number of Highland councillors should reduce at all and indeed, in some wards there was a very strong case to increase the numbers. We don't feel that enough consideration has been given to the requirements we have here in Highland as a very large Local Authority with a significant geographical area that has a mixture of urban, rural and island wards."

The letter explains that, as things currently stand, there was no way that the Highland Council could engage in the detail of the Commission's proposals when the overall approach and outcome of the Review is wrong in principle.

The Council Leader added: "The Council’s view is that the Boundary Commission has taken little account of the effect on remote and rural areas when putting forward their proposals so it important we are able to put forward a strong case to reject proposals and the methodology used and lobby Scottish Ministers to increase the number of Councillors for Highland. It is vital that the geography, remoteness, travel time and spread of population within an area and the importance we give to localism is fully taken into account by the Boundary Commission.

“I have asked for an early meeting with the Minister so we can discuss this matter in detail and I hope this happens soon." 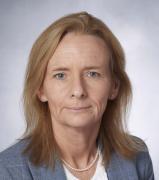 The Highland Council has confirmed that a new date has been set for the Ward 12 - Aird and Loch Ness By-Election The original date of poll was Thursday 5 November but given the current public health advice applying in Scotland, the Returning Officer made the decision to postpone the by-election.   Under normal circumstances a by-election must be held within three months of the vacancy arising, however under the provisions of Section 70 of the Coronavirus Act 2020 the filling of the vacancy can be postponed where it is reasonable and appropriate to do so and a date should be fixed for the poll to be held as soon as it reasonably practicable.
[Local Authority]
26/11/2020

A pricing regime has been agreed in Highland for the provision of Export Health Certificates which will be required by UK businesses from 1 January 2021 to export products of animal origin to the EU.   Chair of The Highland Council's Communities and Place Committee Cllr Allan Henderson welcomed the work carried out to date by Council officers in supporting exporting businesses to the EU, he said: "The Environmental Health Team has a very important role in providing certification for Highland businesses exporting animal products to the EU.
[Local Authority]
26/11/2020

Highland Councillors have noted the scale of achievement by Council staff in meeting the Traffic Commissioner's compliance requirements for the local authority's fleet and welcomed a phased approach to the ‘greening’ of its vehicles.   Cllr Allan Henderson, Chair of the Council’s Communities and Place Committee said: "Maintaining a legally safe and compliant fleet of vehicles is essential and is no mean feat for an organisation the size of Highland Council.
[Local Authority]
25/11/2020

The Highland Council is to consult on draft management rules for its 268 burial grounds across the region and crematorium located at Kilvean in Inverness.   The Council has a statutory duty to manage burials, oversee memorial safety and cremations for around 1500 burials and 1200 cremations each year.
[Local Authority]
25/11/2020

Motorists are being advised by The Highland Council that there will be a temporary road closure to the section of the U3520 Girnigoe Street, closed between its junction with the U3547 Henrietta Street and its junction with U3523 Glamis Road, at 09:30 until 15:30 on Thursday 3 December 2020.   The closure has been made to allow KIER to carry out Iron work repairs.
[Local Authority]
25/11/2020

The Highland Council has welcomed clarification from the Scottish Government that hotels are eligible for the Business Restriction Grant.   As hotel restaurants and bars follow the same rules as other restaurants and bars with last entry at 21:30 and closure by 22:30, they have now been included as eligible businesses to receive grant from this scheme.
[Local Authority]
20/11/2020

Members of The Highland Council's City of Inverness Area Committee have today agreed a proposed £4,786,000 investment in council housing for 2021-22.   The one-year Inverness Area Housing Revenue Account (HRA) Capital Programme is part of the Highland wide HRA Capital Plan for 2021-22 which will see over £15m invested in improving the housing stock across the region.
[Local Authority]
20/11/2020

The Leader of The Highland Council Margaret Davidson and Chair of the Brexit Working Group Jimmy Gray welcomed the Scottish Government's position paper on the replacement for European Structural Investment Funds.   This paper was as a result of a wide consultation process in which the Highlands & Islands made a significant contribution towards.