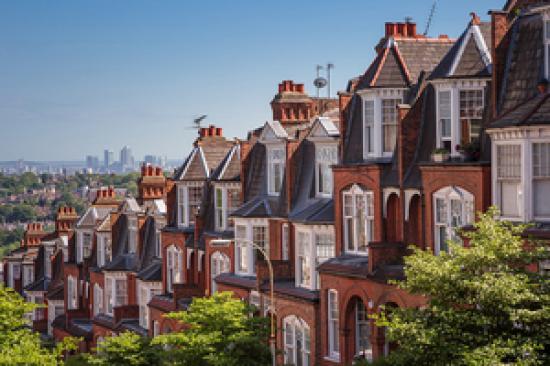 Renters will continue to be supported during the ongoing national lockdown restrictions, with an extension to the ban on bailiff evictions.

Exemptions in place for the most serious cases

Renters will continue to be supported during the ongoing national lockdown restrictions, with an extension to the ban on bailiff evictions, Housing Secretary Robert Jenrick announced today (14 February 2021).

The ban on bailiff evictions - which was introduced at the start of the pandemic - has been extended for another 6 weeks - until 31 March - with measures kept under review in line with the latest public health advice.

Exemptions remain in place for the most serious circumstances that cause the greatest strain on landlords as well as other residents and neighbours, such as illegal occupation, anti-social behaviour and arrears of 6 months' rent or more.

The measures are part of a wide-ranging package of support the government has provided to protect renters from the economic impact of the pandemic, including supporting businesses to pay staff through the furlough scheme and strengthening the welfare safety-net by billions of pounds.

Landlords are also required to give 6-month notice periods to tenants before starting possession proceedings, except in the most serious circumstances, meaning that most renters now served notice can stay in their homes until at least August 2021, with time to find alternative support or accommodation.

For those renters who require additional support, there is an existing £180 million of government funding for Discretionary Housing Payments for councils to distribute to support renters with housing costs.

Housing Secretary, Rt Hon Robert Jenrick MP said:We have taken unprecedented action to support renters during the pandemic including introducing a six-month notice period and financial support to help those struggling to pay their rent.

By extending the ban on the enforcement of evictions by bailiffs, in all but the most serious cases, we are ensuring renters remain protected during this difficult time.

Our measures strike the right balance between protecting tenants and enabling landlords to exercise their right to justice.

Court rules and procedures introduced in September to support both tenants and landlords will remain in place and regularly reviewed, with courts continuing to prioritise the most cases, such as those involving anti-social behaviour, illegal occupation and perpetrators of domestic abuse in the social sector.

The government has also launched a new free mediation pilot to support landlords and tenants to resolve disputes before a formal court hearing takes place. This will help tenants at an early stage of the possession process, mitigating the risk of tenants becoming homeless and helping to sustain tenancies where possible.

Together these measures strike the right balance between prioritising public health and supporting the most vulnerable renters, whilst ensuring landlords can access and exercise their right to justice in the most serious cases.

The government previously changed the law in England to ensure bailiffs do not enforce evictions for 6 weeks until 22 February. This has now been extended for a further 6 weeks until 31 March. This will be kept under review.

The only exceptions to this are for the most egregious cases - anti-social behaviour, illegal occupation, death of a tenant where the property is unoccupied, fraud, perpetrators of domestic abuse in social housing and rent arrears equivalent to at least 6 months' rent.

Advice for Tenants with rent arrears in Scotland

Highland Council has announced that the closing date for applications to the Taxi and Private Hire Vehicle Driver Support Fund this scheme has been confirmed as 5pm on Thursday 25 March 2021.   The Scottish Government has also now clarified that if you have received a grant through the Taxi Fund this will not now affect any Universal Credit payments you are also receiving.
[Local Authority]
22/3/2021

To meet the growth in visitors to the Highlands of Scotland, The Highland Council's Tourism Committee has agreed a Visitor Management Plan for 2021 which will be adapted to provide a 5-year plan for the future.   The Council will work with other agencies involved in tourism and visitor management to deliver the plan.
[Local Authority]
18/3/2021

On Thursday 6 May residents in the Highlands and Western Isles can have their say on who represents them in the Scottish Parliament.   In order to vote in the election, residents must be on the electoral register.
[Local Authority]
18/3/2021

The Scottish Government has just announced that the Strategic Framework Business Fund grant scheme will close to new applicants on 22 March 2021.   The Highland Council has already assessed and approved 5178 applications for this grant fund.
[Local Authority]
17/3/2021

The Highland Council has opened applications for the Highland Employment Recruitment Offer (HERO), which offers grant support of up to £6,000 to help employers meet the cost of recruiting and employing someone who fits the criteria.   Full details of the HERO fund can be found on the Highland Council website , and we have summarised the key eligibility criteria below.
[Local Authority]
13/3/2021

Padlocks to be removed from Coghill Bridge, Wick

The Highland Council will be removing padlocks and any other attachments from the Coghill Bridge at Wick Riverside.   These padlocks detract from the historic nature of the bridge as well as causing paint damage and encouraging rust spots to the recently refurbished guard rails.
[Local Authority]
9/3/2021

Highland Council has said that illegal fly-tipping is costing the region's taxpayers thousands and is encouraging people to report anyone they see doing it.   Council operatives were alerted to an incident of fly-tipping at the Attadale Estate on the A890 at Strathcarron, where 153 tyres were dumped at the side of the road.
[Local Authority]
9/3/2021

Parents Updated Today On Next Phase Of Highland Pupils Return

A letter has been distributed today to update parents and carers on the next phase of the re-opening of schools in Highland.  The Scottish Government announced last week that more pupils are to return to school (external link) from Monday 15 March.
[Local Authority]
8/3/2021

The Highland Council Trading Standards team have been alerted to a smishing scam that is currently targeting Highland residents.   The scam involves a text message claiming to be from Royal Mail advising the recipient that they are holding a piece of mail due to unpaid postage.
[Local Authority]
3/3/2021

The First Minister announced yesterday (2 March 2021) to the Scottish Parliament that all remaining primary school children are to return to school full-time from 15 March, with all secondary pupils returning in some form from the 15 March and until the 2 April.   Welcoming the announcement, Chair of the Education Committee, Cllr John Finlayson said: "I am delighted that we can see the return of more of our pupils to school settings in the next couple of weeks.