During November and early December, COSLA agreed pay settlements with our Unions for three groups of Scottish Local Government Employees. A summary of the agreed settlements is provided below.

Backdating the implementation date of the pay increases for the 3 months from January to March 2021.
SJC employees and many Craft Operatives have pay expressed as an hourly rate rather than an annual salary. For employees who have pay expressed as an hourly rate the salary thresholds were calculated on a nominal 37-hour week. The flat rate increases of £850 and £800 were calculated on nominal 37-hour week. This means that all employees in these groups will receive the same change in hourly rate of pay regardless of whether their normal full-time working week is 35, 36, or 37 hours.

At the time of publication, COSLA continues to be in active discussion with our SNCT Unions about pay for teachers and associated educational professionals. 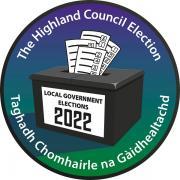