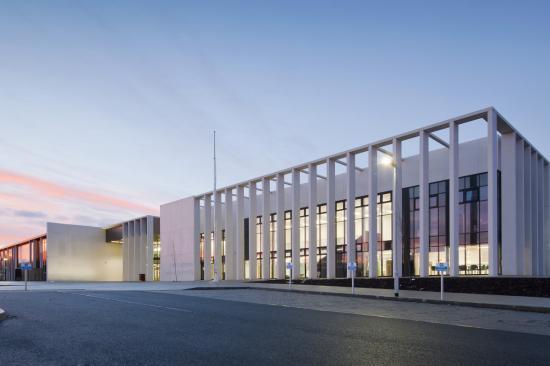 Caithness Councillors have welcomed information that shows progress being made in respect of destinations of pupils on leaving Wick High School in recent years. The information was presented at the Caithness Area Committee meeting held in Wick on Tuesday 28 August. Local councillors were considering a report from the Director of Education presented by Education Quality Improvement Manager for the north, Alison Donald, in respect of the Associated School Group Overview and noted that several achievements detailed in the report were to be commended.

Councillor Raymond Bremner commented on the continued progress saying: "It is absolutely fantastic to see that in two years of performance analysis in respect of pupils going on to positive destinations from Wick High School between 2014/15 and 2016/17 the percentage has jumped up by a full seven and a half percent from 88.1% of pupils going on to positive destinations after school to 95.6% and, from lagging well behind Highland at 92.7% and Scotland at 92.3% in 2014/15, they are now ahead of the pack even after the Highland average has continued to increase to 94.9% and Scotland up to 93.3% in 2016/17. This surely has to be one of the best improvement increases in the Highlands, if not the country and you cannot help but be extremely proud of this on behalf of the school."

Councillor Nicola Sinclair echoed Councillor Bremner's comments. She said: "What an achievement this is and we should be ensuring that the appreciation of all the hard work is acknowledged across the board from the Head Teacher, to the management team, to all the teachers and pupils - this reflects a huge effort from everyone involved in the school and the local community."

There was more good news.

The breakdown of positive destinations showed that a total of 54.4% of pupils going on to Higher and Further Education in 2014/15 had now increased over two years to 60.6% and that nearly 10% of pupils becoming unemployed either seeking or not seeking employment in 2014/15 had fallen to less than 1% in 2016/17.

Continuing comment on the figures, Councillor Raymond Bremner said: "The figures detailing the types of destination our pupils from Wick High School are going to are also hugely encouraging. Our local pupils going on to Higher and Further Education has increased by over six percent and this is now ahead of the Highland average. We can also see, even though we remain behind the Scotland figure for Higher and Further Educations by a margin of about five percent, this is more than offset by the fact that more than 31% of pupils go directly into employment, nearly ten percent ahead of the country's average and equal to the Highland average. In terms of paving a more positive path for our youngster's future, this is a real good news story and I'm hugely delighted for everyone involved at Wick High School." 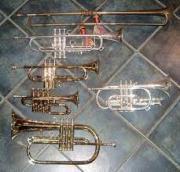 Members of the Audit and Scrutiny Committee (which took place yesterday, Thursday 23 September) were presented with a report outlining the areas of work which have been undertaken by Highland Council's Internal Audit section since the Committee’s previous meeting during June 2021.   Of the five audit reports considered, three were given the audit opinions of significant assurance or full assurance.
[Educational Institutions]
23/9/2021

The high point of the year for celebrating our heritage starts on Saturday 25 September.  For three weeks, the Highland Archaeology Festival will offer a range of walks, talks, workshops, exhibitions, and activities for all ages.