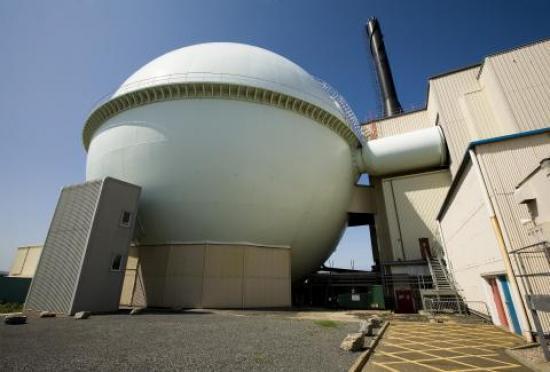 The motion was proposed at Highland council today 7th March 2019. It was emotively opposed by Caithness councillors.

"Nuclear-free Highlands - Highland Council notes that both civil and military nuclear programmes have burdened future generations with a legacy of toxic nuclear waste; opposes the development of new nuclear programmes for civil electric power, military submarine propulsion and submarine-launched ballistic missiles; recognises the ongoing threat to our environment and human health by the existence of nuclear waste; notes that current decommissioning work at Dounreay will continue until 2036 and necessitates the transportation of nuclear waste on Highland roads, sea and airspace followed by ongoing low-level waste management on site; believes that with investment and support the Highland Council area has the potential to generate significant renewable energy for both industry and export, and could lead the world in developing technologies for carbon-free energy solutions; considers that there will never be a business case that is either financially or environmentally competent for new nuclear energy plants in the Highlands and proposes that Highland Council joins the 40 other local authorities across the UK and Republic of Ireland as a member of the group Nuclear-free Local Authorities (NFLA)".

Both the proposer and seconder set out why they had proposed the motions.

Caithness Councillors spoke against the motion -

Cllr Matthew Reiss said it was like councillors proposing to close a major employers in Inverness. He was totally against the motion.

Cllr Linda Munro said Dounreay was the lifeblood of North West Sutherland for jobs and apprenticeships. From Dounrey improved roads and secondary school at Farr.

Cllr Willie Mackay said he could not believe a motion such as this today. He spoke about spin off developments that had benefited many businesses. Trained over 1000 craft apprentices over 100 management and secretarial jobs and many visits to Caithness from all over the world. Appealed to councillors to vote against.

Cllr Nicola Sinclair said perhaps it was not meant to attack Dounreay but that was how it comes over. She could not be more strong in her opposition to the motion.

Cllr Raymond Bremner said as an SNP member said he would not support the motion or amendment.

Cllr Gray said this could not be seen as positive in Caithness. This was a negative message at the worst time

Cllr Louden brought up the issue of radio-active isotopes used in cancer treatment and the problems with Brexit affecting their supply.

Cllr Laird said he was troubled by the proposed amendment and said large employers were not coming back to the Highlands. He said not hearing support for new nuclear power in the Highands.

Cllr Boyd said he would not be emotional. Need to move on. Value abilities and skills at Dounreay and transferable skills. The future is renewables and make use of the skills but not said it will carry on.

Cllr Finlayson was against the motion.

Cllr Jarvie - Redit over and over. Could not believe what it said and they proposers had not spoken to local members or their own party. He could not believe the cheek of the proposer to attack another county. Hr looked at the other members of the organistions all far away from the areas. He pointed to NASA research on the advantages of nuclear power saving lives.

The vote was For the Motion 15

Against the Motion and for the amendment 46