A total of 21 candidates are seeking election on Thursday 6 May in the three Highland UK Parliamentary constituencies.

The Returning officer for the three constituencies is Alistair Dodds, Chief Executive of The Highland Council.

Further information on the election and previous election results are available via the home page of The Highland Council's web site: www.highland.gov.uk

The Highland Council is warning the public to be on their guard for the latest COVID-19 scam which is circulating around the country.  Information on this scam was received by Highland Council Trading Standards, through a national intelligence network.
[Local Authority]
9/7/2020 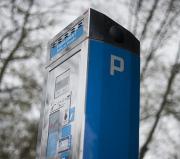 Following the freezing of some charges and suspension of enforcement for others during the lockdown period, The Highland Council has been following a phased return to normal operations since the 26th of June.  Further details are given below.
[Local Authority]
9/7/2020

Highland Council Tenants - Are you missing out on money you are entitled to, or worried about paying your rent?

Many Highland Council tenants may be missing out on help towards their rent from Universal Credit because they have not notified the Department for Work and Pensions (DWP) of their annual rent increase which came into effect on the 30th March 2020.   Those tenants who have not yet reported their rent increase could be facing a shortfall in the help they receive towards their rent, putting them at risk of rent arrears.
[Local Authority]
7/7/2020

The Highland Council is updating parents and carers of its position on early learning and childcare (ELC).   In response to the COVID-19 pandemic, The Scottish Government removed the statutory requirement for Local Authorities to deliver 1140 hours of ELC from August.
[Local Authority]
6/7/2020

Following on from the recent publication of Highland Council's Supporting Economic Recovery in Highland - A Guide for Businesses - the Council is announcing relaxation of some controls that will assist tourist accommodation providers have been impacted by the Covid-19 pandemic.   In recognition of this where there are specific planning and licensing controls in relation to occupancy, for example: a restriction on the occupancy of any caravan for a continuous 12 month period; or where conditions restrict occupancy for specific periods of time, ...these will be relaxed by the Council up to and including April 2021.
[Local Authority]
6/7/2020

The Caithness Committee met virtual today for the first time since the Covid-19 pandemic and it's agenda focused on the actions taken by the Council and the third sector to deal with the effects of Coronavirus in Caithness.   The Executive Chief Officer for Education and Learning, Paul Senior, gave members an update on the plans and preparations underway to prepare for the return of pupils and staff to Caithness schools in August.
[Local Authority]
6/7/2020

The Highland Council is planning to re-open play areas across the region throughout summer.  Advice was provided by the Scottish Government on 28 June as to the safety measures that should be applied.
[Local Authority]
3/7/2020

The Highland Council was one of the first local authorities in Scotland recognised to develop a Schools Digital Learning Hub, which provides a resource for staff, parents and pupils to support home learning.   Prior to Covid-19, we had an estate of 27,000 Chromebooks that were already a part of our ICT in Learning Strategy.
[Local Authority]
1/7/2020

Earlier today (Wednesday 1 July 2020) members of The Highland Council's Economy and Infrastructure Committee had the opportunity to discuss (by video conference) progress made with the Corran Ferry Project which is reviewing the options for securing a replacement ferry and considering the way forward for the future operation and management of the service.   The Corran ferry service has reached a critical point and strategic decisions need to be made.