Thousands of hours contributed to national programme.   Health Secretary Humza Yousaf has thanked volunteers who have now contributed more than 25,000 hours to help deliver the national vaccination programme.
[Other Services]
4/6/2021

Caithness And North Sutherland Fund Looking For A New Director

CAITHNESS AND NORTH SUTHERLAND FUND DIRECTOR VACANCY (unremunerated) Deadline for applications: Monday 14th of June.   The Caithness & North Sutherland Fund is a community fund established by the Nuclear Decommissioning Authority and Dounreay Site Restoration Ltd to distribute a £4M funding package to community projects that will increase the attractiveness of Caithness & North Sutherland as a place to live, work and invest.
[Advisory / Counseling Services]
2/6/2021

Twice as many low income families (under £16,000 p.a.) are not optimistic about life after lockdown compared with those earning more (over £30,000 p.a.) 57% parents are concerned about their own wellbeing or mental health in the year ahead.   65 % of parents are particularly worried about their children's social development.
[Other Services]
3/3/2021

The CNSFund has committed over £79k to community groups in Caithness & North Sutherland in its recent grant rounds.  Funded by the Nuclear Decommissioning Authority, a wide range of community-led projects throughout the Dounreay travel to work area are to benefit from the grant support.
[Advisory / Counseling Services]
15/10/2020

HTSI are very excited to bring you a series of Monday Masterclasses, training centred around supporting community groups.   Set up a new group recently? Working to support your community? Want an update on current best practice in supporting community groups? Then HTSI's FREE Monday masterclasses are for you! Julie at Caithness Voluntary Group is doing two of these classes that are open to everyone in the Highlands and are free.
[Other Services]
23/9/2020

Community Groups See Investment Of Over £150k In Latest Funding Round

Highland Housing partners are asking their tenants to have their say on proposed changes to the mutual exchange policy.   Mutual Exchanges help tenants to move by swapping their homes with other tenants.
[Other Services]
27/8/2020

Caithness Chamber of Commerce's new Test and Protect service, #ProtectNorthHighlands, goes live today (26 August) across Caithness and Sutherland.  Offering a simple, secure way for businesses to store customer data in line with Scottish Government's requirements for Test and Protect, the service is free to all businesses across the region thanks to the generous support of Highlands and Islands Enterprise.
[Other Services]
20/8/2020

Caithness Chamber of Commerce is delighted to announce that, thanks to the generous support of Highlands & Islands Enterprise, it will be launching a free, simple online service to allow hospitality businesses across the North Highlands to safely collect and store customer data in line with official guidelines to support the Scottish Government's Test & Protect Programme.   This new service, #ProtectNorthHighlands, will be launching on 26 August and will be free for any business in Caithness and Sutherland to access.
[Other Services]
20/8/2020

Commenting on the publication of Scottish Government GDP statistics for Q2 2020, Dr Liz Cameron, Chief Executive of the Scottish Chambers of Commerce said: "The collapse in Scotland's GDP in the second quarter sets alarm bells ringing even if the fall was expected.  The 19.7% decline from April to June makes Scotland’s and the UK’s economies among the worst performing in Europe.
[Advisory / Counseling Services]
7/6/2020

Eleven community organisations in the Highlands and Islands have been awarded a total of £1.5m to develop and deliver long-term solutions to tackle poverty based on local priorities and needs The Aspiring Communities Fund, which levers in European Social Funds, was launched by the Scottish Government in 2017 to help reduce poverty and enable inclusive growth in disadvantaged and fragile communities across Scotland.   Regional development agency, Highlands and Islands Enterprise (HIE), helped community organisations in the region to apply to this recent round of funding.
[Other Services]
6/5/2020

The First Minster is to ask the Scottish Government Finance Secretary, Kate Forbes, to have direct discussion with the insurance sector about companies who are "wriggling out of their obligations" to Scottish businesses.   Highlands and Islands Labour MSP, David Stewart, asked Nicola Sturgeon today at First Minister's Questions about the problems firms were having claiming their business interruption insurance.
[Other Services]
9/3/2020

Scottish Chambers of Commerce reacts to mixed results of Holyrood rates vote.   Whilst welcoming the Scottish Parliament's decision to retain the Uniform Business Rate, the Scottish Chambers of Commerce (SCC) has urged the Scottish Parliament to reconsider what it believes is a major barrier to a more flexible, responsive rates system outside of the revaluation cycle following voting on the Non Domestic Rates Bill (Scotland) today.
[Media Services]
11/12/2019 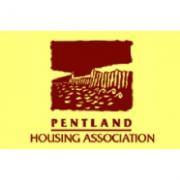 Pentland Housing Association has decided to transfer to Cairn Housing Association following a strategic review.   Tenants, staff and board members were all involved in the review which was set up to plan for the future of the Association and how it provides homes and services to tenants and other customers.
[Educational Institutions]
19/8/2019

Don't Lose Out On Potential Contracts In Coming Months.   Help for contractors in Caithness and Sutherland with registration on the Public Contracts Scotland portal and their completion of the Highland Council's Trade Services Framework Agreement.
[Solicitors & Estate Agents]
19/7/2019

NOTICE OF PUBLIC EXHIBITION FOR PROPOSED WINDFARM DEVELOPMENT FORSS BUSINESS & TECHNOLOGY PARK.   Abbey Properties and Abbey Ecosse are exploring the potential for a wind farm of up to 5 turbines as an extension to the existing 6 turbines at the Forss Business & Technology Park approximately 7km west of Scrabster on the north coast of Caithness.
[Other Services]
17/7/2019

The Caithness & North Sutherland Fund has committed over £70k to six community projects in its latest round of grant awards.   CNSFund Chairperson David Glass said "This latest investment supports improvements to recreational amenities and events in Caithness & North Sutherland, helping to ensure that people living and visiting our area can enjoy a high standard of leisure activities.