Employees from across the Nuclear Decommissioning Authority group have been honoured at a prestigious national awards ceremony in London.   The Women in Nuclear (WiN) Annual Awards recognises those who have gone above and beyond to promote gender balance and diversity across the nuclear sector.
[Furniture & Wood]
30/1/2020

A Caithness company is planning to invest more than £2m in its Wick plant, in a move that could see up to 40 new jobs created in the town over the next five years.   Family-run Ashley Ann Ltd (AAL) designs and manufactures kitchens, bedrooms and bathrooms.
[Banks & Finance]
30/1/2020

HI-Scot, the credit union for the Highlands and Islands, has vowed to make 2020 the year when saving and borrowing are even more accessible.  With a focus on payroll deduction, allowing people to save directly from their pay packet every month via their employer, the credit union offers a viable alternative to high street banking in 2020.
[Advisory / Counseling Services]
23/1/2020

We're looking for your input to help shape future engagement.   The on-line survey only takes 10-15 minutes to finish and gives stakeholders, with an interest in the NDA's decommissioning and clean-up mission, a chance to air their views on progress - and on how they can do things better.
[Advisory / Counseling Services]
15/1/2020 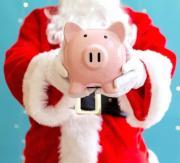 The number thirteen might be unlucky for some, but not HI-Scot credit union who are celebrating thirteen years of serving their members across the Highlands and Islands of Scotland.   From humble beginnings as an idea conceived by hard-working volunteers determined to bring an ethical, community-minded option for saving and borrowing to the islands, Western Isles credit union (HI-Scot's original incarnation) opened its doors in 2006.
[Advisory / Counseling Services]
29/10/2019

At a gathering in Wick town Hall on Monday 28th October 2019 Gail Ross MSP launched a consultation on a remote rural communities bill that would be similar protection for mainland communities as the 2018 Islands Act for Scottish islands.   Caithness, Sutherland and Ross MSP Gail Ross is proposing the legislation, which would mean public bodies would have to take the impact on remote rural communities into account when making policy.
[Other Public Services]
27/10/2019

In October HI-Scot, the credit union for the Highlands and Islands, will take part in a worldwide celebration of credit unions.   Thursday 17th October is International Credit Union Day 2019, a day which highlights the history and achievements of the movement, as well as raising the profile of the work of credit unions in local communities, reflected in this year's theme: 'Local Service, Global Reach.' "HI-Scot has been working across the Highlands and Islands for thirteen years and, in 2019, we have over three thousand members," said HI-Scot General Manager, David Mackay, "In that time we have approved over four thousand loans.
[Advisory / Counseling Services]
30/9/2019

Fourteen delegates from organisations across Europe that are tackling socio-economic challenges will visit the Highlands this week.   The visit is part of the next project meeting of the Support Network for Social Entrepreneurs (SuNSE) and will take place during 1-3 October in Inverness and Sutherland.
[Advisory / Counseling Services]
19/9/2019