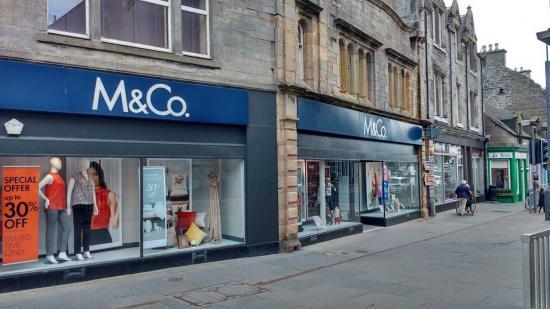 The M&Co store in Thurso has been sold at Auction for £220,000 along with seven other stores from the group.

Earlier it was reported that the Wick store was also to be auctioned however reports do not show it included in the list finally sold. Some clarity may come out in coming days. Is it not yet clear who the buyers were for the individual stores.

M&Co owner Meridian Realisations was put into administration last month before most of its assets were bought back in a pre-pack deal.

The move led to the group's UK-wide store estate being reduced from 265 to 218, while 380 people were made redundant, leaving a workforce in the remaining group of about 2,200.

The M& Co Store in Thurso