Royal Navy Seize £160 Million Worth Of Drugs In The Caribbean 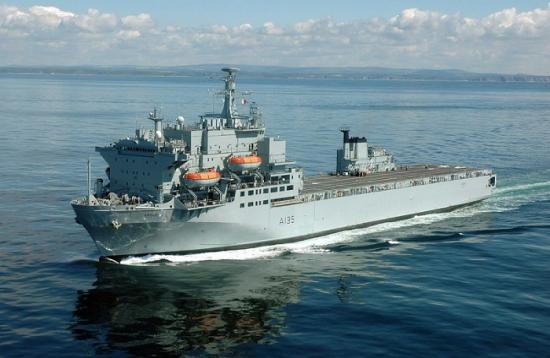 A Royal Navy task group has prevented drugs worth more than £160 million from potentially reaching the UK on two daring operations in the Caribbean.

RFA Argus, alongside her Wildcat and Merlin helicopters, Royal Marines and US Coast Guard teams, worked with Dutch Navy ship HNLMS Groningen to seize 1.7 tonnes of cocaine and 28kg of amphetamines.

The bust was the second in two days after seizing 264kg of cocaine in a separate operation in the region just 48 hours before.

Minister for the Armed Forces, James Heappey said:The Armed Forces are committed to tackling organised crime, both at home and overseas, and work with our allies around the world to help protect our people and interests.

The Royal Navy has once again demonstrated its professionalism and tactical operational capability in an international effort to stop illegal drug-smuggling. It is with thanks to their efforts that £160 million worth of drugs will never reach the streets of the UK.

The first of the two recent busts came when two suspicious vessels were spotted near RFA Argus and patrol ship Groningen. A Wildcat helicopter from 815 Naval Air Squadron was launched with a Royal Marine sniper team from 42 Commando on board. Using advanced sensors and cameras, the helicopter team stopped the suspect vessels before a team made up of Royal Marines from 47 Commando, the US Coast Guard and personnel from HNLMS Groningen boarded the vessels to undertake the search.

Just two days later, RFA Argus was conducting routine training when one of its Merlin helicopters spotted a suspicious craft. The 28,000-tonne vessel changed course to give chase and the Merlin and Wildcat helicopters worked with HNLMS Groningen to allow the US Coast Guard to intercept the craft.

Commanding Officer of RFA Argus, Captain Kevin Rimell said:This recent interdiction is yet another example of multi-national co-operation in the Caribbean.

I am proud that the team of RFA Argus, utilising 815 and 845 Naval Air Squadron helicopters, boats crewed by RFA personnel and Royal Marines from 47 Commando, were able to take the lead in an operation alongside our US Coastguard and Dutch Navy colleagues.

RFA Argus is in the Caribbean as part of a Royal Navy task group with HMS Medway providing support to British Overseas Territories during hurricane season. Both ships also continue to carry out maritime security and counter-narcotics operations in the region. The UK works in partnership with allied nations in the Caribbean as part of the Joint Interagency Task Force South, which detects and monitors activity to support security operations from its base in Florida.

RFA Argus is a ship of the Royal Fleet Auxiliary operated by the Ministry of Defence under the Blue Ensign. Italian-built, Argus was formerly the container ship MV Contender Bezant. The ship was requisitioned in 1982 for service in the Falklands War and purchased outright in 1984 for a four-year conversion to an Aviation Training Ship, replacing RFA Engadine. In 1991, during the Gulf War, she was fitted with an extensive and fully functional hospital to assume the additional role of Primary Casualty Receiving Ship. In 2009, the PCRS role became the ship's primary function. Argus is due to remain in service until 2024.

As the ship is armed and is not painted in the required white with red crosses, the Geneva Convention prevents her from being officially classified as a hospital ship. The ship's capabilities make her ideally suited to the humanitarian aid role and she has undertaken several of these missions. The Royal Navy has occasionally described her as a "support ship/helicopter carrier"