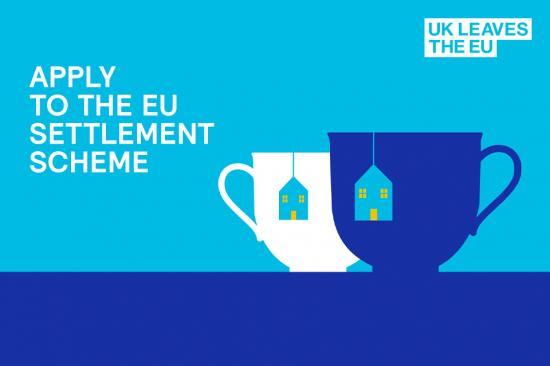 This important milestone was reached with eight months still to go before the 30 June 2021 deadline.

The Home Office has today announced that there have been more than four million applications to the EU Settlement Scheme, according to the latest published statistics.

This important milestone was reached with eight months still to go before the 30 June 2021 deadline. Nearly 3.8 million grants of status have also been made, securing millions of European's rights in UK law for years to come.

The latest statistics also show that, of the more than 4 million applications across the UK, there have been nearly 3.7 million from England, 204,700 from Scotland, 67,200 from Wales and 66,300 from Northern Ireland up to the end of September 2020.

Minister for Future Borders and Immigration Kevin Foster said: European citizens are an integral part of our society, culture and community which is why I’m really proud we’ve already surpassed four million applications to the hugely successful EU Settlement Scheme.

A wide range of support is available online and over the telephone if you need it and we are funding 72 organisations across the UK to help the more vulnerable in society.

The EU Settlement Scheme has been fully open since 30 March 2019 and at its height Home Office caseworkers were regularly processing up to 20,000 applications a day. The highest number of applications processed in one month was in October 2019 when there were more than 400,000 grants of status.

The Home Office also has a dedicated team of more than 1,500 people working on the EU Settlement Scheme with support provided seven days a week by telephone and by email.

The EU Settlement Scheme uses cutting edge technology and launched the EU Exit: ID Document Check app which allows people to apply from the comfort of their own home in as little as 15 minutes.

The Home Office has also made up to £17 million available to organisations across the UK who support the more vulnerable in society. The number of organisations funded has increased from 57 to 72 and includes charities, local authorities and local government associations.

EUSS Team Manager of Newport Mind Association in Wales Tom Finney said:We’re pleased to confirm that with Home Office funding we will now be able to provide practical EU Settlement Scheme support to vulnerable EU citizens throughout the whole of Wales.

We’ve already broken-down barriers and reached out to more than 10,000 vulnerable EU citizens living in Wales and we are determined to build on that success.

Deputy CEO at Advice NI in Northern Ireland Fiona Magee said:Advice NI has already helped more than 20,000 people in Northern Ireland to apply to the EU Settlement Scheme and the Home Office funding will allow us to continue this important work with the more vulnerable in society including the elderly, isolated or those who lack IT literacy skills.

Chief of Mission at International Organization for Migration Dipti Pardeshi said:To date, the IOM UK led project has provided EUSS support to over 25,000 individuals in vulnerable situations. People who have been supported include children in care, people who are homeless or rough sleeping, survivors of modern slavery and domestic abuse, as well as people living with disabilities, or facing language, literacy or economic barriers.

We have been working closely with Local Authorities and our model has expanded the ability to reach out to at-risk migrants. The new Home Office funding will help us to continue such vital work to ensure that no one is left behind.

Additional support is available for those who do not have the appropriate access, skills or confidence to apply online.

The Home Office has also run two bursts of marketing campaigns, spending £4 million across the UK to encourage EU citizens to apply.

To raise awareness of the scheme at a local level, the Home Office held a series of pop-up events across the UK where staff answered questions and helped people to apply in person, with more planned in 2020.

Communication materials have also been translated into 26 EU languages including Polish, Romanian and Italian.