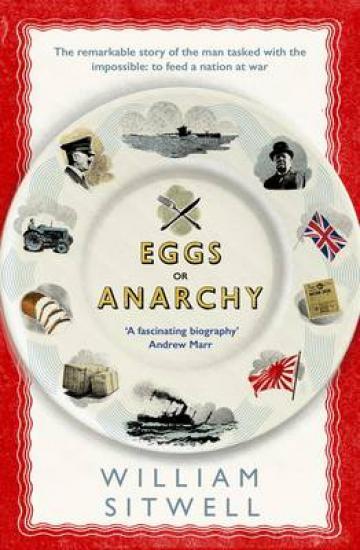 Planning failures and financial cuts are being exposed by the COVID-19 pandemic. In the world of food, too, planning is needed both to deal with short-term emergencies and to address longer-term risks.

At the outset, the immediate task was to ensure people would get fed when economies went into lockdown. Lessons will be learned from how each country has dealt with supply and nutrition. In rich countries, they have learned just how dependent food supply is and was on migrant labour. As governments focus on national political responsibilities, the otherwise normal flow of labour to farms, factories and stores has been disrupted.

The UK experienced at least two years of a threatened no-deal Brexit, which exposed the need for crisis preparations. But the coronavirus pandemic quickly showed that there was still no formal UK food plan other than the government's belief that big retailers "will sort it", as one insider told us.

The food system was already in trouble, facing climate change, biodiversity loss and unsustainable diets. The lack of a formal plan is neither good governance, nor without risks.

Depending on the supermarkets

A de facto muddling-through has emerged, one that is concentrating on existing market power rather than tailoring supply to public need. A fully-fledged food plan is needed now and will be even more so in the coming months and years. Until there is a vaccine, the threat of the virus will dominate lives and economies. The need for a stable food supply and healthy consumption, however, will remain constant even when this ends.

A prime example of the UK's muddled thinking in the absence of planning is how the government closed down almost all of the UK's food service sector as its first food act. Superficially, this seemed sensible, designed to prevent cafes and restaurants becoming disease hot spots.

By closing down the entire sector, however, the government sidelined and dispersed catering's massive pool of skills, facilities and local presence. These could and should have been centres for community feeding until vaccines finally liberate social life, probably in 12 to 18 months' time.

Instead, the closures pushed consumers through the doors of a handful of retailers who saw a massive £2 billion growth in sales in March. It damaged massive markets for primary producers who supplied food services. As a result, produce that was earmarked for catering was spoiled and squandered - as was seen with the gallons of milk poured down the drain - adding to the UK's already lamentable record on food waste.

Learning from the world wars

If we're being charitable, we might excuse these mistakes as the consequences of high-pressure crisis management. History shows major food mistakes can be made in times such as these.

While many relish the militaristic "war" rhetoric, we need to remember that both world wars were, at first, almost disasters in UK food terms. Big shake-ups in government saved the day. In 1916, the ministry of food finally put consumer needs first, partly through rationing.

In the second world war, a food plan only began to emerge in 1940 when Frederick Marquis Woolton, head of a Northern retail chain, was brought into government and put in charge of food strategy. Woolton quickly assessed the state of UK food supplies , realised drastic action was needed to protect sources and routes, and immediately looked at food problems through a nutrition and health lens. Previously unfair market logic that meant people ate according to wealth, not need, was quietly replaced by a principle of equity. As a result, millions of poor people were eventually better fed by the end of the war than before it.

Today, we have entered the pandemic once more with dire diet-related ill health. Whereas in the 1930s, the UK's food problem was mostly hunger, now it is a surreal combination of over-, mal- and under-consumption.

With prospects of long-term economic harm looming today, the UK should be planning improvements to the food system. We must avoid the danger of the government failing to create a resilient food supply in the good times, then expecting the public to pay for the crisis in the recession ahead. Now is the time to plan a properly resilient, secure and equitable food system.

While there has been a welcome official recognition that food needs to change due to the climate crisis, there's been a stubborn refusal to get into details about diet or to address food's social dimension.

The government was riled when, two years ago, the UN Special Rapporteur on Extreme Poverty and Human Rights was highly critical of the UK's extensive food poverty - and continued to rely on charities, notably already stretched food banks.

This failure has resurfaced with COVID-19. While the government has said only 1.5 million need food help, the Food Foundation now estimates it is at least three million. Food banks are no answer to food poverty.

A shake-up of UK food governance for the good times and the bad is overdue. In two open letters - the first to the prime minister, Boris Johnson, before he fell ill, and the second to the English Secretary of State for Environment, Food and Rural Affairs and the chief executive of Public Health England - we mapped out the case for a better mix of national, regional and local food responses.

A multi-level approach, from the national to the local, is an essential feature of the planning and reconstruction of agri-food systems for the future. Instead, the government in this current crisis has centralised, giving itself astonishing autocratic powers under the Coronavirus Act - with four pages on food that simply give government increased power to collect information - as well as handing over the food service market to a retail market where just nine companies acount for 95% of sales. This is unhealthy economics.

A truly resilient food system would decrease not increase market concentration in food; would put health and equity at the heart of food supply for coming months (possibly years); and would speed up development of a food plan that has long been needed.

Food is not just a matter of (quantitative) supply or tonnage. It is also about nutritional public health and sustainable food consumption for all.

Big issues for the UK food system have been heightened by coronavirus. Food policy and planning have not hitherto been easy bedfellows in policy and political discussions. Many still harbour the view that food is best delivered through the market, rather than that it is a "public good". Yet the current crisis has magnified the absurdities of these complacent assumptions. Surely it is time the UK had a proper, open and widely-discussed food plan for now and the future.

Well worth a read - Lord Woolton: The man who used statistics and more to feed a nation at war