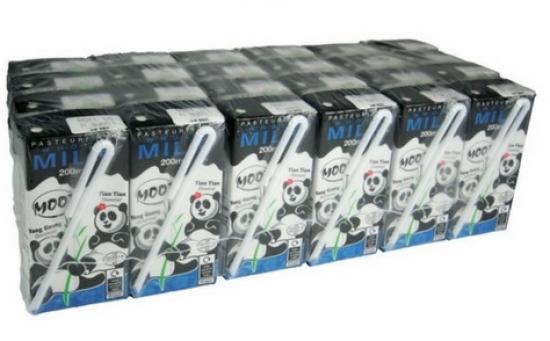 Brexit Questions - Did You Even Know School Milk in Scotland was subsidised by the EU? Or that Vegans would like an end to school milk.

Children and young people will continue to be able to access subsidised milk in schools, despite a funding gap caused by Brexit.

Leaving the EU means local authorities in Scotland can no longer receive funding under the EU school milk scheme to subsidise their own local schemes for pupils.

Ministers have pressed the UK Government to make up the shortfall, but to date no such commitment has been made. To provide certainty to parents, schools and local authorities, the Scottish Government has agreed to commit funding of £722,000 this school year so the scheme can continue, should the UK Government refuse to fill the gap.

"The withdrawal of the EU scheme threatens the ability of local authorities to provide subsidised milk in schools, running the risk that children and young people will miss out. It is another example of the detrimental financial impact of leaving the EU.

"We will continue to press the UK Government to make up the shortfall, but parents and local authorities can be assured we will not allow the school milk scheme to be lost."

Amy Woodhouse, Head of Policy, Projects and Participation at charity Children in Scotland, said: "We are delighted that the Scottish Government will provide financial support to continue the provision of subsidised milk in schools. Children in Scotland recognises that the health consequences for children and young people of food poverty and poor diet are considerable. In such a difficult year, when many families are facing enormous financial pressures, this small but important step, alongside recent free school meal announcements, will help to protect children's health and wellbeing during a time of increased vulnerability.''

The European Council closed the EU school milk scheme to the UK in mid-October.

Around two-thirds of Scotland's 32 local authorities received funding from the scheme.

The Rural Payments Agency will continue to administer the scheme for Scottish local authorities under the new funding arrangements.

Is Milk Good or Bad for You?