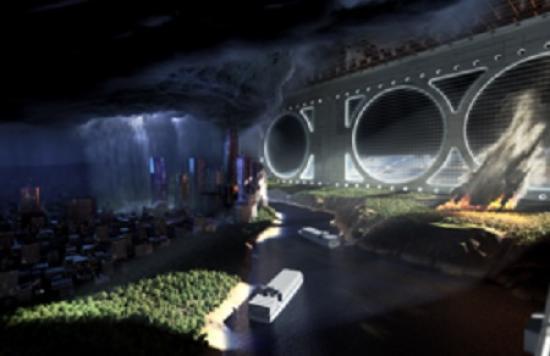 10 new government-backed satellites the size of a shoebox are going to be built in Scotland after a signing between AAC Clyde Space UK and ESA.

AAC Clyde manufacture a range of small satellites, ranging from 1kg to 50kg in weight, and offer space-as-a-service, which is an end-to-end mission service covering everything from mission design, launch and satellite operations to data delivery for companies including; Orbcomm, NSLComm, Eutelsat, Orbital Micro Systems, NASA and ESA.

Each of the small satellites will be built as part of a new three-year project - titled xSPANCION - by the satellite manufacturer to create an innovative satellite constellation that businesses can use for a wide-range of applications, including satellite communications, Earth Observation and remote sensing.

This constellation can then be used by businesses to fulfil their space-data needs with a one-stop-shop, providing data from a single point of contact while cutting out the need to carry out any space activity themselves.

The project will see the company team up with the University of Strathclyde, the Satellite Applications Catapult, Bright Ascension and D-Orbit UK to design and launch the 10 satellites.

Building satellites quicker and in higher volumes is not only vital to meet the increasing demand for services we all rely on, it also supports the launch of small satellites from UK soil in the coming years.

The UK is a leading investor in telecommunications research, which is why we recently committed £250 million of investment to back ESA projects led by innovative companies like AAC Clyde Space.

AAC Clyde Space specialise in providing advanced small spacecraft, mission services, and spacecraft solutions for government, commercial, and educational organisations around the world for an extensive range of space-based applications.

The money to develop the innovative constellation comes from the ESA Pioneer Partnership Projects programme which aims to support businesses in taking up new and advanced technologies and services in space. The UK Space Agency through ESA, will co-fund the project with €9.9 million.

The project will revolutionise our space-as-a-service offering.

It will allow us to significantly reduce the cost of every message collected, every image captured, supporting those business cases that to date have not been able to justify the capital expenditure to have hundreds of sensors in orbit.

Fundamentally, our customers will no longer have to worry about how to access space, they can focus on how to enhance their core business. This project, named xSpancion, will catalyse a new generation of applications not previously possible.