Uk On The Cusp Of A Transport Revolution, As Self-driving Vehicles Set To Be Worth Nearly £42 Billion By 2035 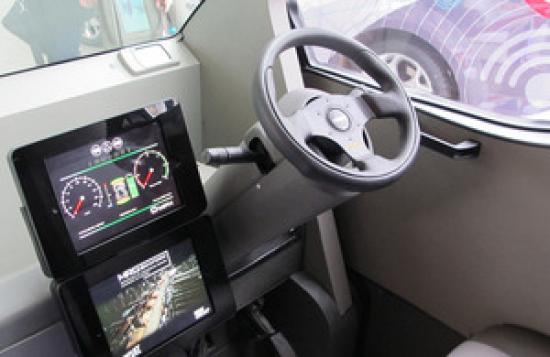 Report revealing the full economic value of self-driving vehicles in the UK released.

report predicts connected and automated vehicles (CAV) to be worth £41.7 billion by 2035.

investment in this area could create nearly 40,000 jobs on British soil - helping to build back greener.

ground-breaking report cements the UK as a world-leader in CAV technology.

The full economic value of self-driving vehicles in the UK has been revealed, as Transport Minister Rachel Maclean sets out that the connected and autonomous vehicle (CAV) market could be worth £41.7 billion by 2035.

Addressing the CES technology conference today, Minister Maclean is set to unveil a report, conducted by researchers at the Connected Places Catapult, Element Energy and Cambridge Econometrics. The report forecasts that in 2035, 40% of new UK car sales could have self-driving capabilities, with a total market value of £41.7 billion - setting the future of self-driving vehicles further within Great Britain's grasp.

This could in turn create nearly 40,000 skilled jobs in the CAV technology area, strengthening the UK economy and reinforcing this government’s commitment to building back greener and stronger.

Transport Minister Rachel Maclean said:The investment in and development of CAVs could truly transform the way people and goods are transported, with innovation like this at the heart of our ambition to build back better.

We’re on the cusp of a driving revolution. Not only could this tech unlock vast opportunities for the UK economy and jobs market, it could significantly improve the safety and efficiency of how we travel over the coming decades.

Since 2015, government has worked to make the UK one of the best places in the world to develop and deploy CAV technology.

Government has already invested £200 million into CAV research and development (R&D), helping British start-ups develop their tech for use both in the UK and internationally.

Together with industry, this investment has led to many successes.

UK start-ups that have received government R&D support, including Five and Oxbotica, have gone on to successfully raise tens of millions of dollars in private investment, competing internationally with some of the world’s largest self-driving vehicle companies.

In 2020, Oxbotica launched Project Endeavour, which will be running highly automated trials in Oxford, London and Birmingham. The project will demonstrate automated driving in a variety of urban and city environments and will develop models with local authorities and communities to help them prepare for the future launch of automated vehicle services.

Several government-backed CAV trials have also successfully demonstrated world-leading capabilities in recent years, such as the Streetwise project in London in 2019, which saw self-driving vehicles carrying commuters to and from work.

The ambition to make the UK the best place in the world to deploy CAVs is also being realised through work to update UK law and regulations to make sure that the technology can be safely used on UK roads. In August 2020, government announced a consultation to enable the use of Automated Lane Keeping Systems – an early form of automation in vehicles – on UK roads as early as this year. The response to this consultation is set to be published in early 2021.

Government is backing business to realise this – driving forward the future of the UK’s automotive and technology sectors and helping us build back better.

Nicola Yates, CEO of Connected Places Catapult, said:CAV technologies have the potential to revolutionise transport. Designed in the right way, a system of connected autonomous vehicles could make our transport network more accessible, safer, more efficient and better for the environment. Connected Places Catapult has been pleased to partner with stakeholders across government, industry and academia over several years to make sure that the UK is one of the best places in the world for CAV development. This new report, developed in partnership with Element Energy and Cambridge Econometrics, shines a light on the economic opportunities for a UK CAV industry.