Overview of the UK population: January 2021 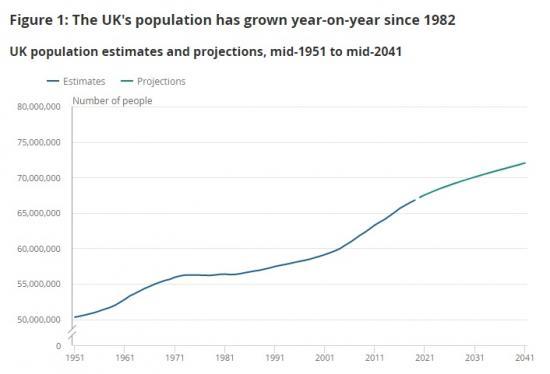 Today the Office for National Statistics have released an Overview of the UK population. This includes information on how the population has changed, why it has changed and how it is projected to change into the future.

The main points from the publication are:

Between 2016 and 2019, long-term international immigration, emigration and net migration had remained broadly stable.

Migration has continued to be the main driver of the UK's population growth since the 1990s.

It is projected that there will be an additional 7.5 million people aged 65 years and over in the UK in 50 years' time.